Where are the physical gates in the Google processor?

Google's article Quantum supremacy using a programmable superconducting processor states that the processor "53 qubits, 1,113 single-qubit gates, 430 two-qubit gates, and a measurement on each qubit, for which we predict a total fidelity of 0.2%." 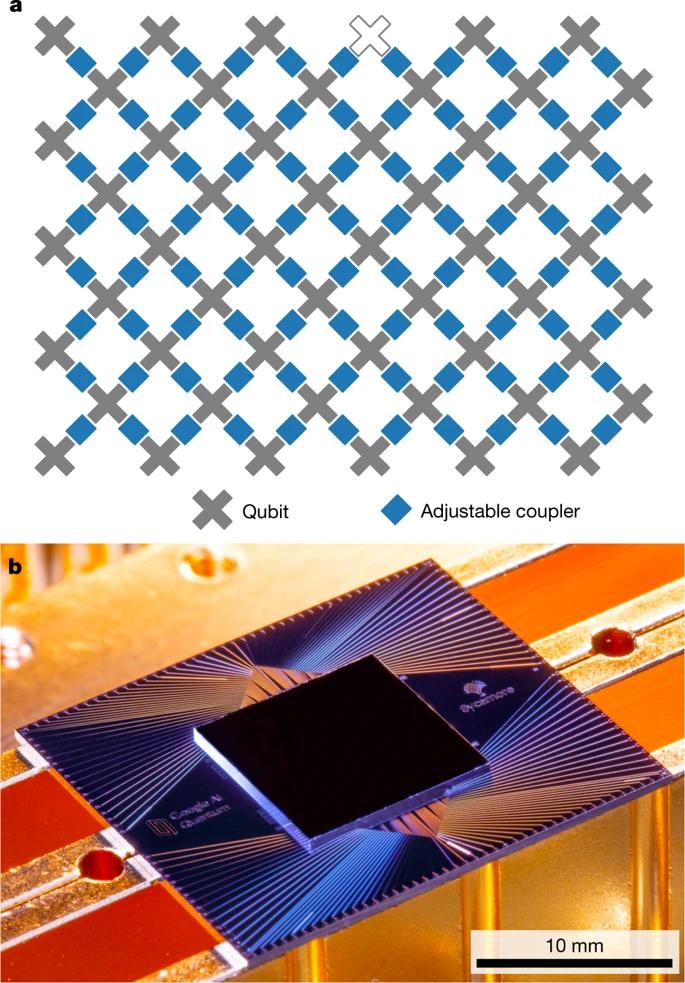 In relating quantum computing to classical computing there may be a small conceptual hurdle that needs to be overcome. Although a classical $\mathsf{NAND}$ gate may be implemented in hardware (say CMOS with a set of N- and P-type transistors), the idea of a quantum gate such as a $\mathsf{CNOT}$ or an $\mathsf{H}$ gate used in quantum computing most often is a little more subtle.

Conventionally a quantum circuit including a number of quantum gates acting on qubits usually is meant to read with time progressing from left to right. Most quantum gates are not so much physical as in classical computing on CMOS, but are rather well-timed laser, or in the case of Sycamore, microwave pulses on the qubits/couplers. These pulses may excite a qubit from $\vert 0\rangle$ to $\vert 1\rangle$ or act as one qubit controlling another qubit, etc. In this sense, quantum gates are much more like opcodes than like a set of transistors arranged in parallel/series in the classical sense.

Accordingly the "1,113 single-qubit gates, 430 two-qubit gates" quoted in the Sycamore paper corresponds to these microwave pulses acting on the transmon qubits/couplers. My understanding is that in the case of Sycamore, different shapes of the microwave pulses generated by an automatic waveform generator acts on the qubits in different ways, thus realizing different gates at different times. In the classical setting we might have that assembly language opcodes are transcribed to machine code; in the quantum world we might have that quantum gates are transcribed to the shape of these pulses.

Note that photons move at the speed of light, and I believe photonic quantum gates as proposed for example in Boson Sampling experiments include physical mirrors/beam splitters/etc. Thus, I think that photonic gates may be a bit more similar to classical gates, and may actually be implemented in hardware.

Not the answer you're looking for? Browse other questions tagged quantum-gate physical-realization google-sycamore or ask your own question.

4
How are the IBM's and Google's Hadamard gates fabricated and operated?
1
What does a quantum logic gate look like in a universal quantum computer?