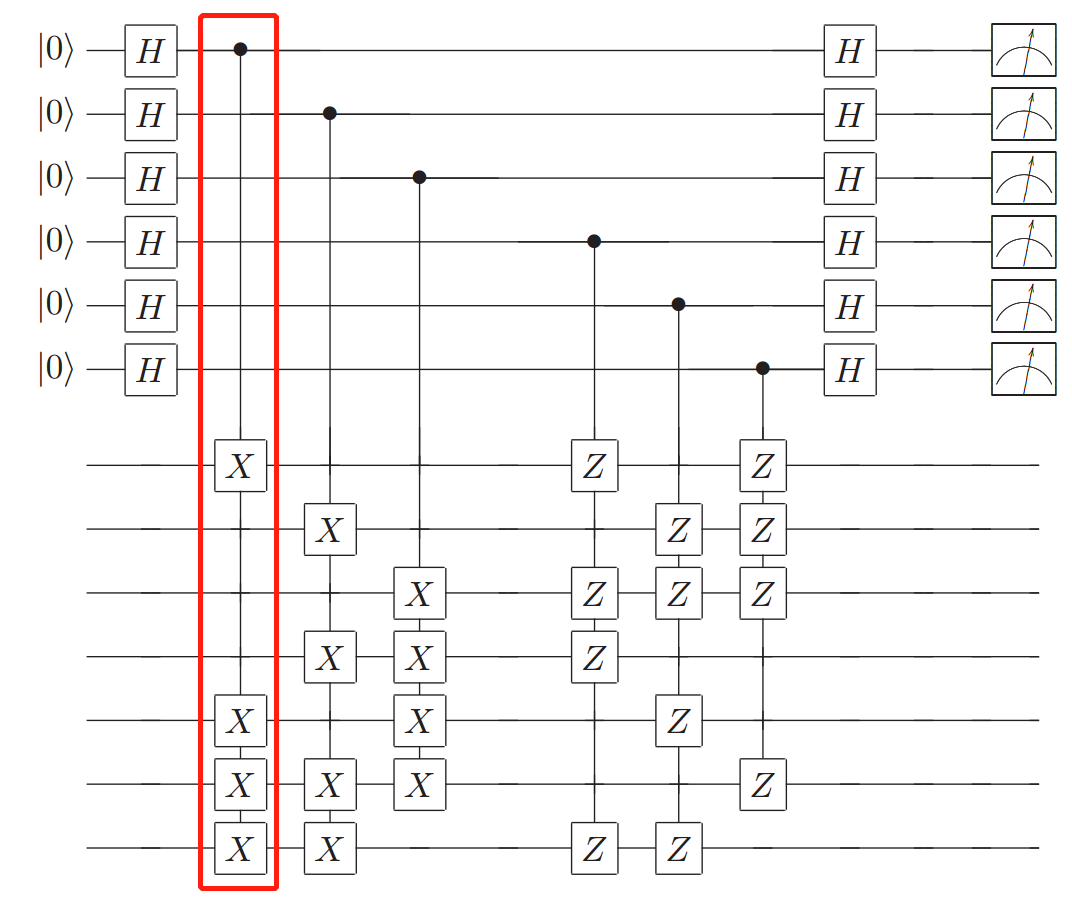 For doing that in Qiskit, first create a multi qubit gate as a custom gate:

Then create a controlled version of that custom gate:

Finally, use that controlled custom gate in a circuit:

You can decompose one level to see how it works internally:

Not the answer you're looking for? Browse other questions tagged quantum-gate qiskit stabilizer-code or ask your own question.

4
How to decompose this two-qubit unitary matrix to the standard gate set?

2
If CNOTs and single qubit gates are universal then why do we need to prove that controlled U operations can be composed by them as well?
6
How to decompose a controlled unitary $C(U)$ operation where $U$ is a 2-qubit gate?
4
Implementing a complex circuit for a Szegedy quantum walk in qiskit
4
Make a doubly controlled gates from existing operations
2
Qiskit Controlled S and Controlled T Gates
4
How do we find the stabilizer generators for the three-qubit bit-flip code spanned by $|000\rangle$ and $|111\rangle$?
2
Are multi-qubit control RX gates scaling exponentially?
1
How to select the statevetor of a qubit in a multiqubit circuit in qiskit?