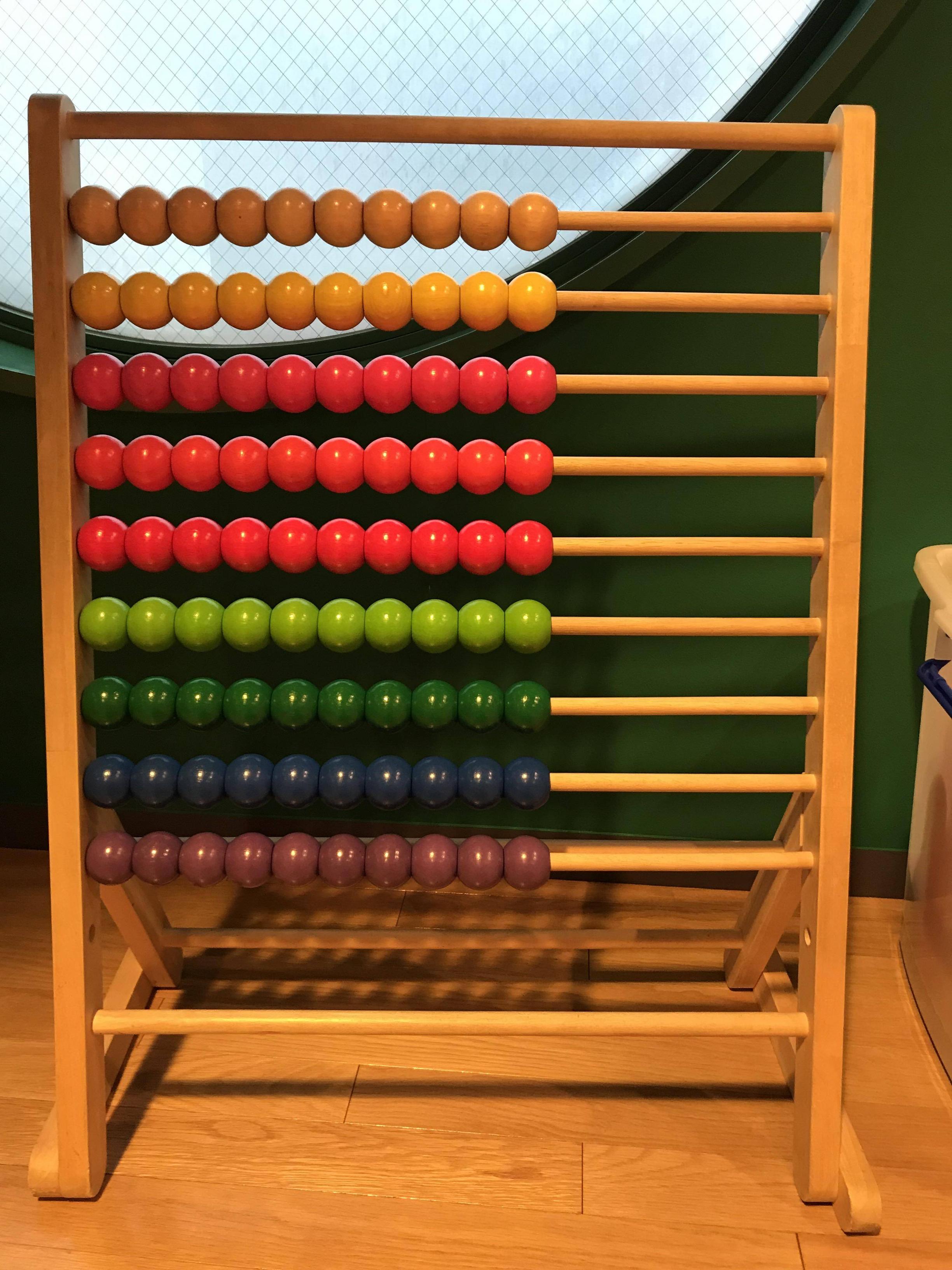 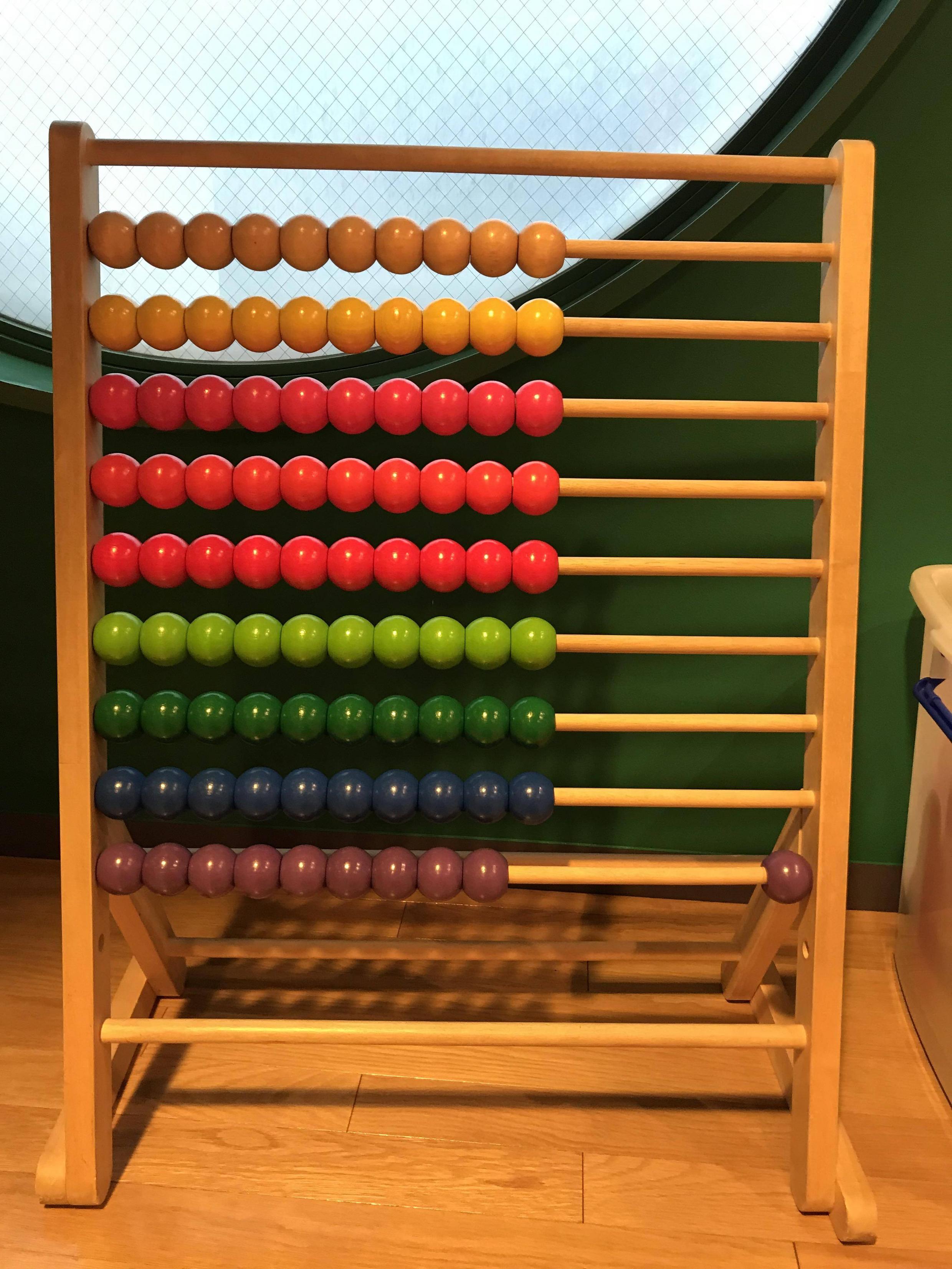 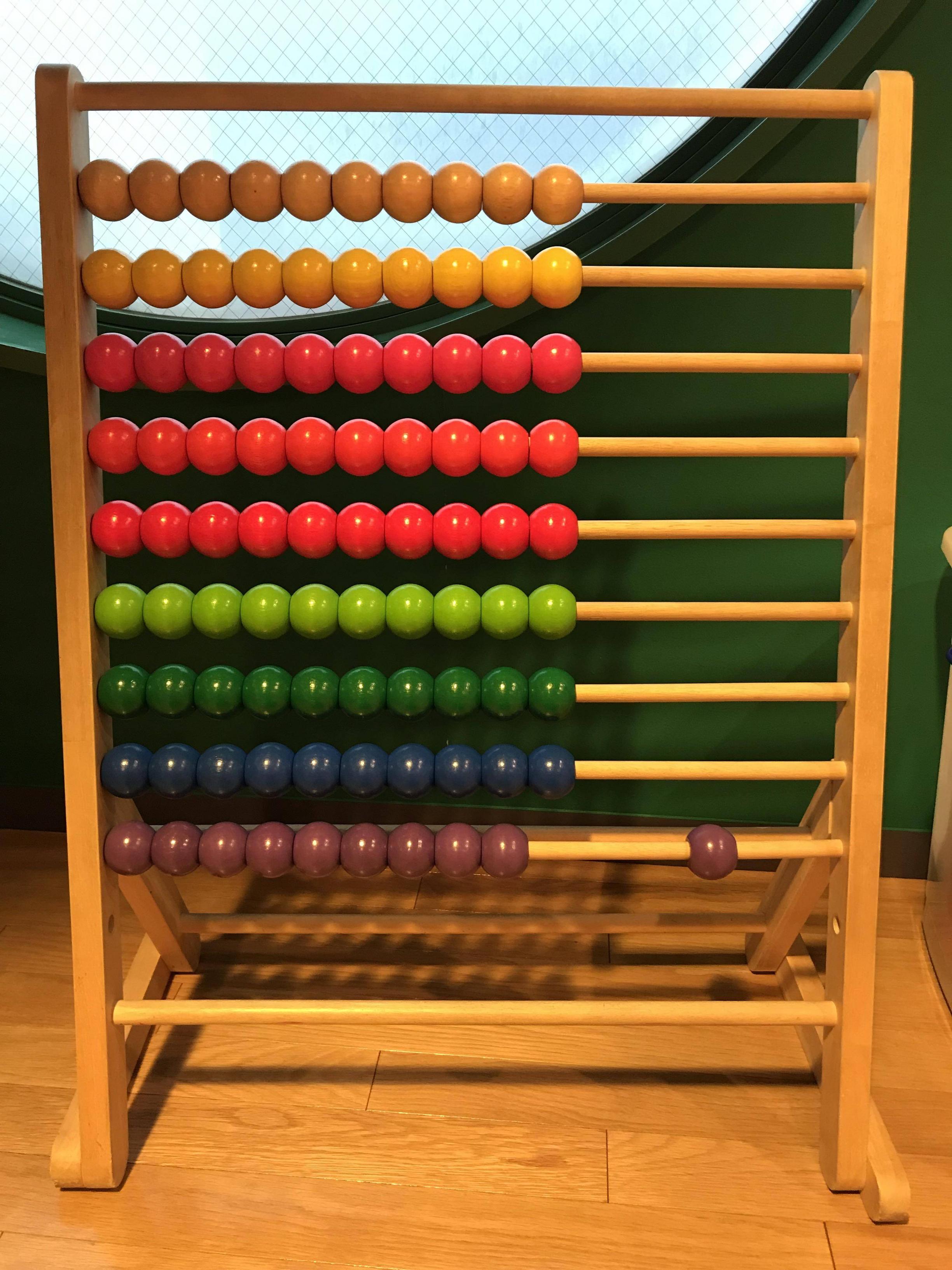 I am uncertain; however, today at a toy museum, I might have captured a qubit on a classical computing structure, “ a broken 90-marble abacus,” as shown in the attached photos above.

I did not use it correctly, but if we set the first photo to be the state “0”, then the next one is “1”. You may say the third photo shows 0.5, but you can also say that it is a bit closer to 0 or 1. Thus, while we observe this purple marble positioned between 0 and 1, we cannot tell if it moves to 0 or 1 until we measure its displacement. Therefore, I wonder if it can be said that the classical limit of qubit emerged on classical computer in this third photo? Its probability of being 0 or 1 is fifty-fifty.

The picture below gives a further explanation with a chart of marble A's location. In abacus computing, the states of A are limited to four states, namely, resting at 0 or 1, or moving toward 0 or 1. A cannot rest between 0 and 1. Abacus computing is observed by taking two photographs during its sequence giving two locations of A. When taking the first shot, we can know A's location and not sure if it is moving or resting. Then we take a second shot and know how it moves. After all, we can tell or predict its outcome 0 or 1. Thus, when we observe the initial location of A, this is the state of the classical limit of qubit, which has fifty-fifty probability of becoming 0 or 1, until secondary observation.

This concept can be extended to tossing coin or tumbling dice. If the observer is unable to predict those outcomes by observing those motions, the observer can tell only classical probabilities. 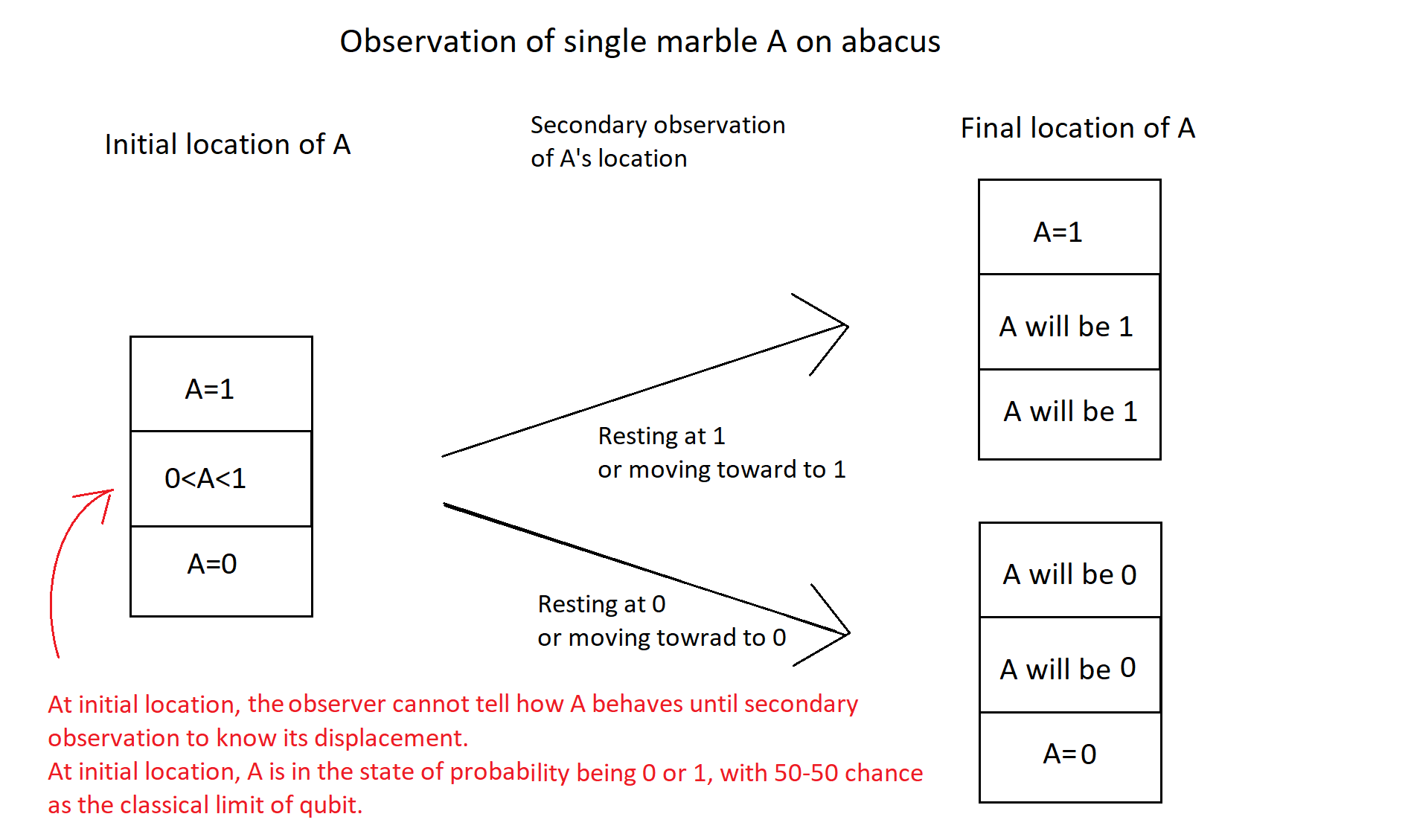 A computer that may be visualized in this simple way, like abacus with moving marbles, where the locations of the marbles are continuous, including 0.5, is called an "analog computer" and it is a different, and much simpler, thing than a quantum computer.

In fact, each of the $2^N$ configuration of $N$ qubits may be given some probability that is independent from others. And quantum mechanics makes it more juicy. It's not just probabilities $p_i$, $i=1 \dots 2^N$, that specify the state of the quantum computer at the moment. Instead, it's complex numbers, the probability amplitudes, $c_i$ related to $p_i$ by $p_i=|c_i|^2$, that are needed to describe the state of the quantum computer at a given moment.

However, this operation that looks complicated in the simulation is achieved by the quantum computer's step that is basically comparably difficult to an operation of a classical computer with $N$ single bits that just maps some bits to a simple function of the neighbors.

A usable quantum compouter was first built by Google and, at least according to some precise definitions of the term, has achieved "quantum supremacy" which means quickly doing a calculation that could only be done very slowly at the world's fastest classical computers.

Not the answer you're looking for? Browse other questions tagged quantum-state physical-qubit or ask your own question.