How is a quantum computer programmed?

Cornering preliminary knowledge, this is what I know currently:

PS: I've tried to limit the number of questions and keep the questions coherent.

Let us look at each observation and question in perspective. Before delving deep into the questions, please let me share a few reference architecture diagrams on the components of a quantum computer. 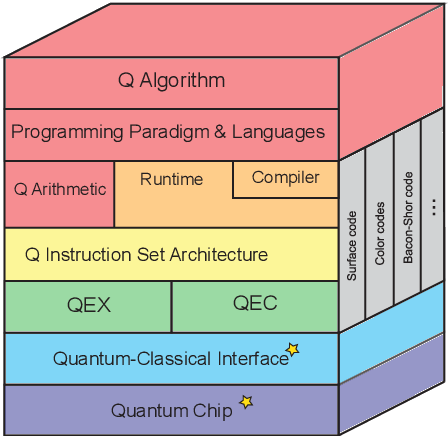 We need to review the mentioned observations and understandings from a practical implementation vantage point. When we consider the quantum realm in its entirety, there is a finite and fundamental thermodynamic limit between the forces and fields of quantum physics and classical physics.

Quantum Circuits are constructed from Quantum Registers which are devised from various types of universal, special purpose and custom built qubits. The logical quibits can create different permutations and combinations of physical qubit manifestations.

Quantum register is a type of circuit construction from logical qubits. Perhaps we will devise more diverse forms of circuits such as quantum stack machines, quantum memories etc. in the near future. The following diagram depicts how quantum circuits function in the physical circuitry. 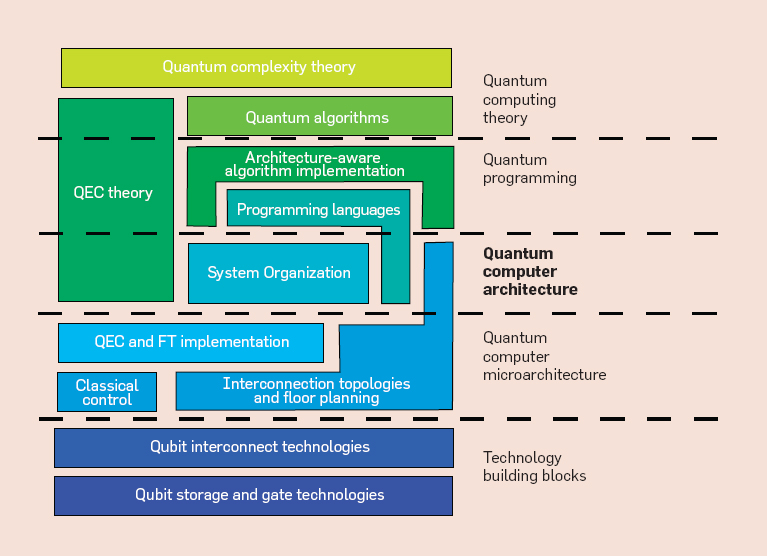 Would the hardware structure of a quantum computer, that I asserted above, be correct?

We cannot say all of them follows the same exact hardware components and models for a quantum computer. However IBM has put forward an interesting model for the super conducting chip based quantum computing model. Please find it below. 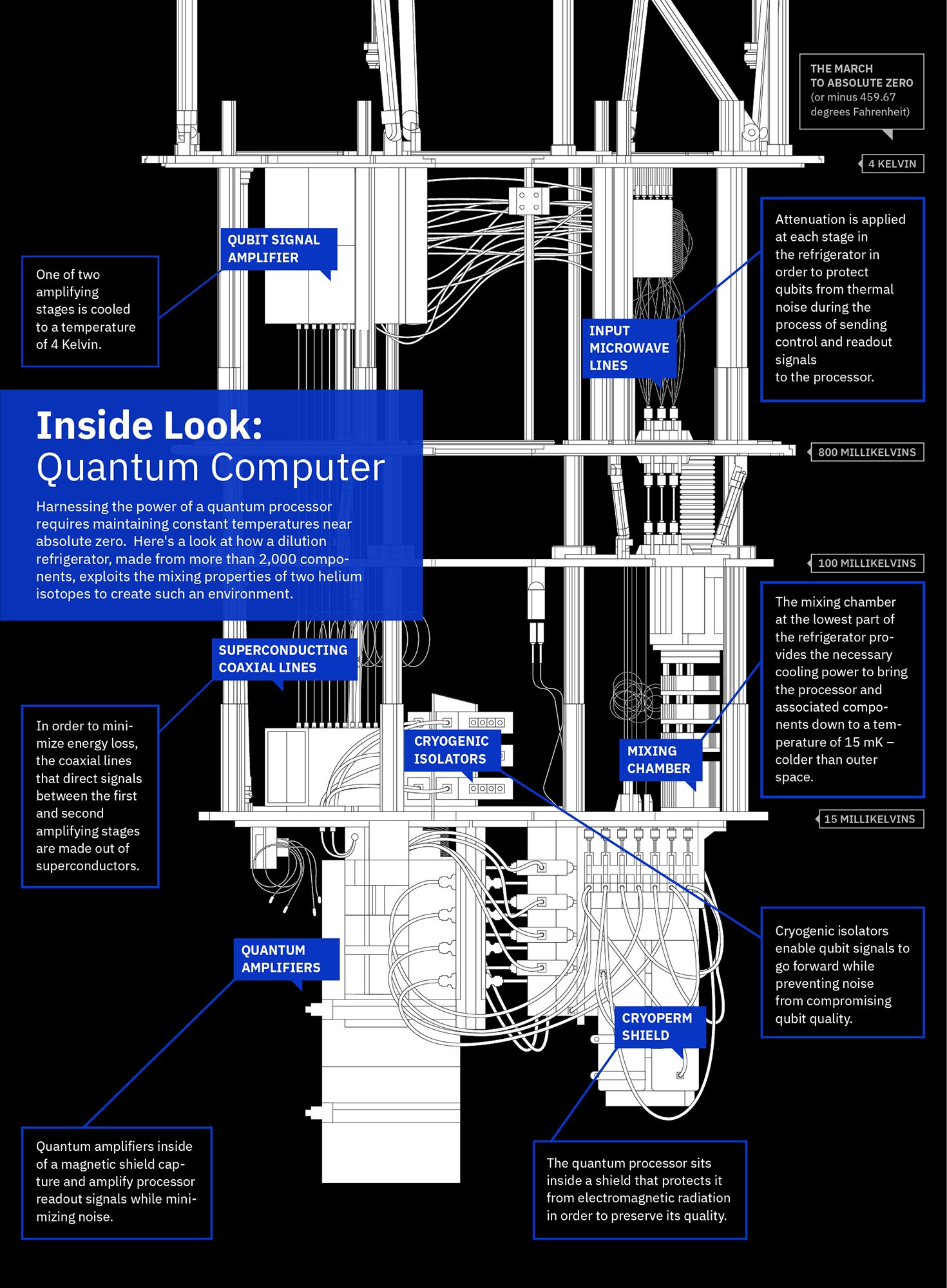 And how is a classically written quantum code, such as Qiskit, able to instruct the quantum computer to run a certain quantum algorithm (where the algorithm is simply comprised of quantum logic 'gates' that cleverly manipulate the qubits)?

I believe you must have got a clear idea of how a Quantum Algorithm can be implemented in a Quantum Programming Paradigm like QIS Kit from IBM and PyQuil like a language by Rigetti or Q# by Microsoft by seeing the first architecture diagram. Every general purpose Quantum Computer has been implemented wit a Quantum Compiler + Quantum Runtime and a Quantum Arithmetic Unit and a Quantum Memory in the conventions of classical Von Neuman Computer Architecture. They will be supported by Quantum Processor with specific instruction sets and Quantum error correcting codes as part of the instrumentation layer. They will be supported by the Quantum Processors and Quantum Chips. If you connect to IBM Q on IBM Bluemix you can see the topology of quantum processors for various quantum computers.

Hope I could address some of your questions. Looking forward to further discussions.

Not the answer you're looking for? Browse other questions tagged algorithm programming physical-realization or ask your own question.

10
Can one interrogate black boxes for quantum coherence?
13
What kind of real-world problems (excluding cryptography) can be solved efficiently by a quantum algorithm?
3
Is there any (really) quantum procedure that's an algorithm and not a Las Vegas algorithm?
5
Why are multiple quantum gates, in a quantum circuit, used?
3
Splitting a quantum task between multiple devices
3
How does the classical optimization of the angles $\gamma$ and $\beta$ in QAOA work?
3
Can I access device specifications of IBMQ paying devices?