How to create a q# operation to generate a random number from 1 to max?

I have the following problem: I want to create a q# operation for generating a random integer from 1 to max and return the generated number. What algorithm do I need? What does the q# code look like? I am very new to quantum computing so sorry if this is a simple question!

With Q# you can generate random numbers in two ways:

However, since you're new in quantum computing and you want to learn, choosing (2), even if at the end is just a convoluted version of (1), makes sense for pedagogical purposes. So let's see how to implement (2) using Q# and Python. 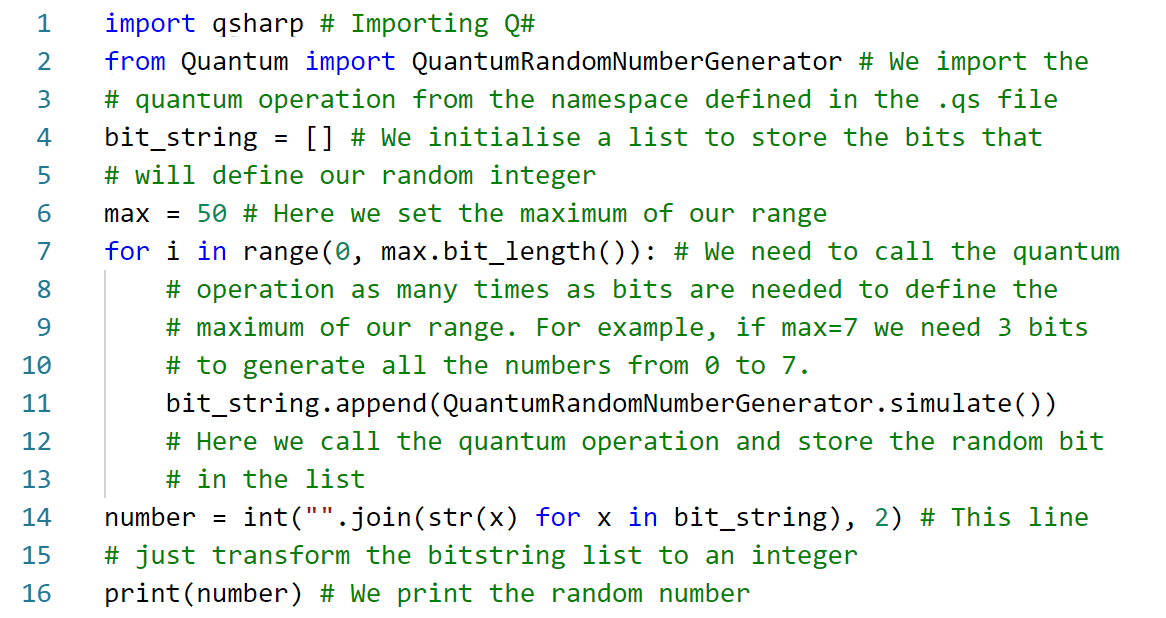 Now if you execute this Python code in the terminal (supposing you have all the dependencies correctly installed) the following message should appear in the command promt:

My random number was 33.

Not the answer you're looking for? Browse other questions tagged algorithm programming q# or ask your own question.

4
Is running a large random brute force on quantum computer possible at the moment?
4
Why does Fourier sampling allow to efficiently recover hidden subgroups?
8
Shor's algorithm weaknesses & uniqueness of close rational
1
Do these outputs seem normal for the order finding algorithm?
1
Q#: How to setup a project correctly (on Linux, command line)?
1
How to understand run_algorithm() inputs in qiskit