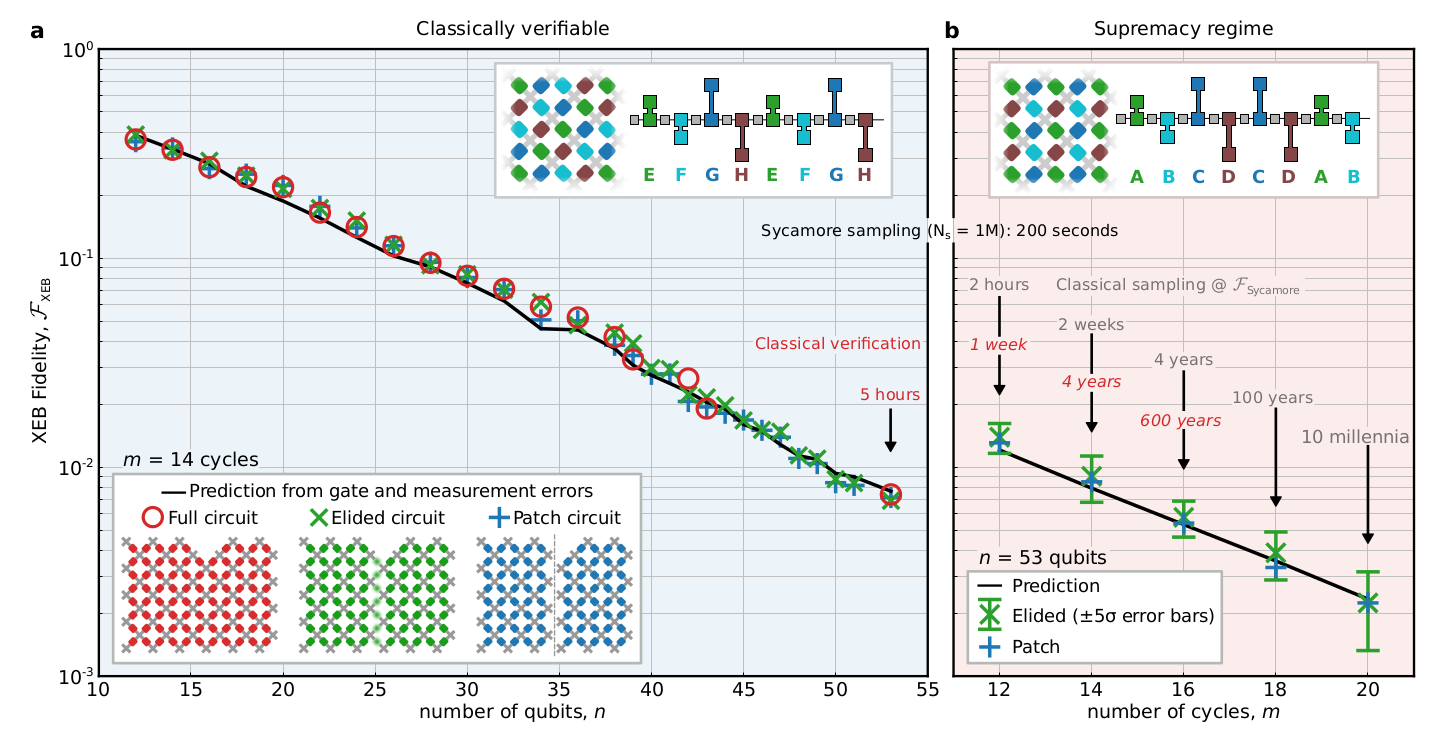 What do the terms simplifiable tiling and non-simplifiable (intractable) tiling mean in this context? They're calling the sequence $\mathrm{ABCDCDAB}$ intractable whereas they're calling $\mathrm{EFGHEFGH}$. It's not clear what they mean by that. What are the terms $\mathrm{A, B, C, D}$ and $\mathrm{E, F, G, H}$ anyway? I mean, I understand that they're two-qubit gates (couplers), but are the gates $\{\mathrm{A, B, C, D}\}$ different from the gates $\{\mathrm{E, F, G, H}\}$ or do they mean that they're the same gates arranged in a different sequence?

Also which exact types of 2-qubit gates can be used in this case? Can I replace all of A, B, C, D (or E, F, G, H) by CNOT gates? Or are only specific categories of two-qubit gates allowed? If yes, what are those?

TL/DR: The two-qubit gates are going by the moniker "Sycamore gates" in the paper, and it appears that they would ideally want to explore more of the $(\phi, \theta)$ phase-space but for their purposes (of quantum supremacy) their current Sycamore gate is sufficient. The pattern of gates $\mathrm{ABCDCDAB}$ was chosen to avoid "wedges" and maximize/optimize entanglement.

The two-qubit Sycamore gates are described in the Supplementary Information paper for example on pp. 13 and 14. 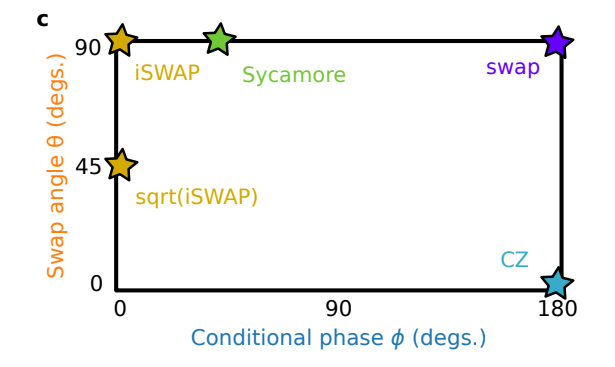 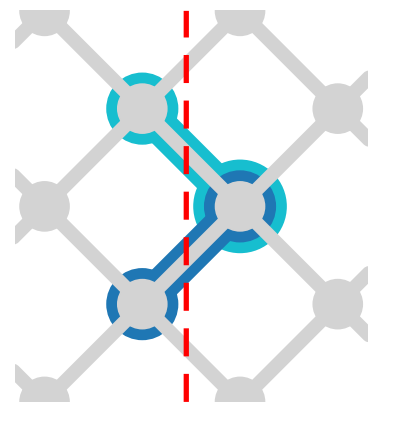 The Supplementary Information paper, especially FIG. S22 above, notes that the formation of what is called a "wedge" of gates acting on qubits that are separated/partitioned with the SFA algorithm may not efficiently increase entanglement, and may be more efficiently simulatable.

Comment #39 from Craig Gidney on this SO blog post provides more context on the $\mathrm{ABCD}$ vs. $\mathrm{EFGH}$ circuits.

To me, the claim of supremacy is made stronger by having switched over to the $ABCD$ circuits during the experiment, at least because more confidence is achieved when the fidelity of the verification circuits were actually verified to be on-line in FIG. 4.