Why should we use inverse QFT instead of QFT in Shor's algorithm?

For Shor's algorithm, it actually doesn't matter which one you use.

If you apply the QFT twice, it is equivalent to a classical multiplication by -1 modulo $2^n$ where $n$ is the size of the register. That is to say, it reverses the order of all of the computational basis states except for $|0\rangle$ which stays where it started. $|k\rangle$ becomes $|-k\rangle = |2^n - k\rangle$. 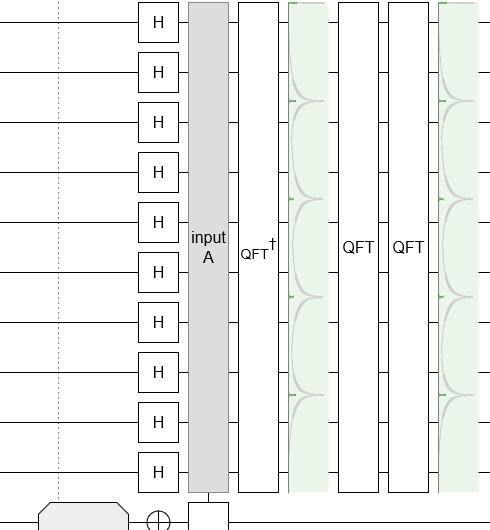 Note how the probability distributions are almost identical after an inverse QFT or after a QFT (in the above diagram the second qft is just to undo the inverse QFT). Since the output distribution is nearly identical the algorithm works either way.

Not the answer you're looking for? Browse other questions tagged algorithm shors-algorithm quantum-fourier-transform or ask your own question.