How is a physical qubit measured and how is the result interpreted?

To my understanding, most of the qubits we use today are just Josephson junctions coupled to a resonator that is triggering the qubits to go to different states by using microwave pulses. The same resonators are also used to read the information form qubits. As shown in this picture: 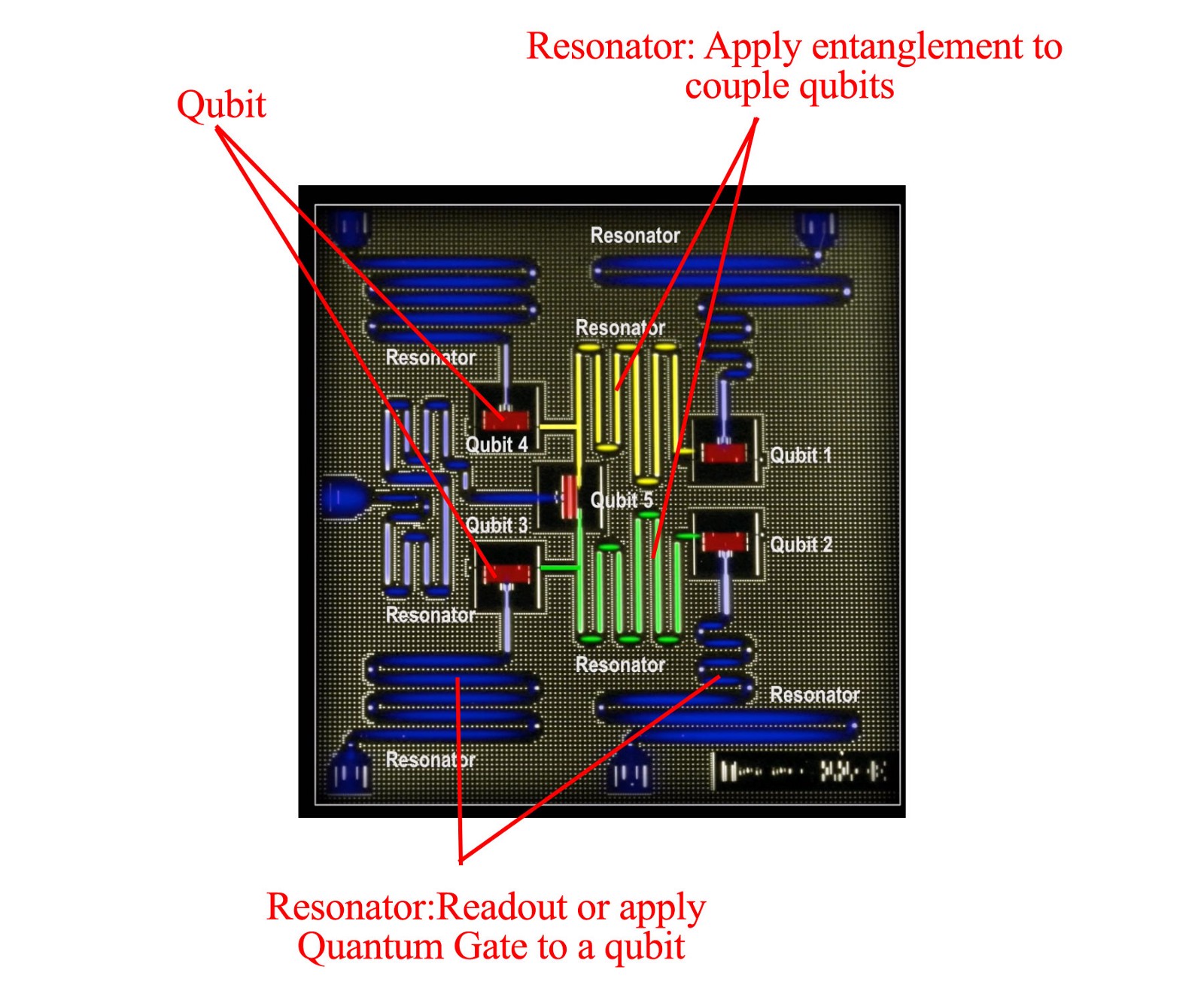 So I was wondering how does a qubit readout, when we measure it, gets read and how it is interpreted. How does raw information from qubit look like?

Let's model a qubit as a two-level system and a resonator as a harmonic oscillator. We need to give both a characteristic frequency, so let's call the qubit frequency $\omega_q$ and the resonator frequency $\omega_r$. We also need to characterize the strength of the interaction (how fast energy is transferred from one thing to another), and that's usually called $g$.

Now we need to describe the dynamics of the qubit and resonator together. That's done by breaking the Hamiltonian down into three parts: qubit energy, resonator energy, and interaction strength.

This is the Jaynes-Cummings Hamiltonian. Note that the rotating wave approximation was used. Pauli operators are given by $\sigma$, and creation and annihilation operators are $a^\dagger$ and $a$.

Now, if the frequencies of the resonator and the qubit are the same (that's called the "resonance condition"), then they will exchange energy back and forth, much like an LC circuit or potential and kinetic energy in a pendulum. That's not ideal for measuring a qubit (you want to avoid as much as possible the measurement apparatus influencing the qubit state), so we make the frequency of the resonator very far away from the qubit's. This is a called a dispersive interaction.

Formally, if $\omega_r - \omega_q = \Delta$, the Hamiltonian (now in the interaction picture) can be expressed as

This is only an outline of the complete answer. I've assumed knowledge of basic quantum mechanics, changing reference frames (interaction picture, Schrodinger picture, etc), coherent states, and the rotating wave approximation. I also glossed over the derivation of the dispersive Hamiltonian, which you can find in "Introductory Quantum Optics" by Gerry and Knight.

Not the answer you're looking for? Browse other questions tagged physical-realization architecture physical-qubit superconducting-quantum-computing or ask your own question.