I'm researching SPDC's efficacy for use in an optical quantum computing model and I've been trying to figure out exactly what state the photons are in when they come out (as represented by a vector, for example), if I'm using type 1 SPDC and I'm looking at the polarization of the photons.

This is where the two generated (s and i) photons have parallel polarisations, perpendicular to the polarisation of the pump, which can only be used to perform SPDC when the pump is polarised along the extraordinary axis of the crystal.

However, as the light from the pump is travelling through a material, it will also acquire a phase in the first crystal, such that the final state is $$\lvert\psi\rangle = \frac{1}{\sqrt{2}}\left(\lvert HH\rangle + e^{i\phi}\lvert VV\rangle\right).$$

Due to the phase matching conditions, the emitted photon pairs will be emitted at opposite points on a cone, as shown below in Figure 1. 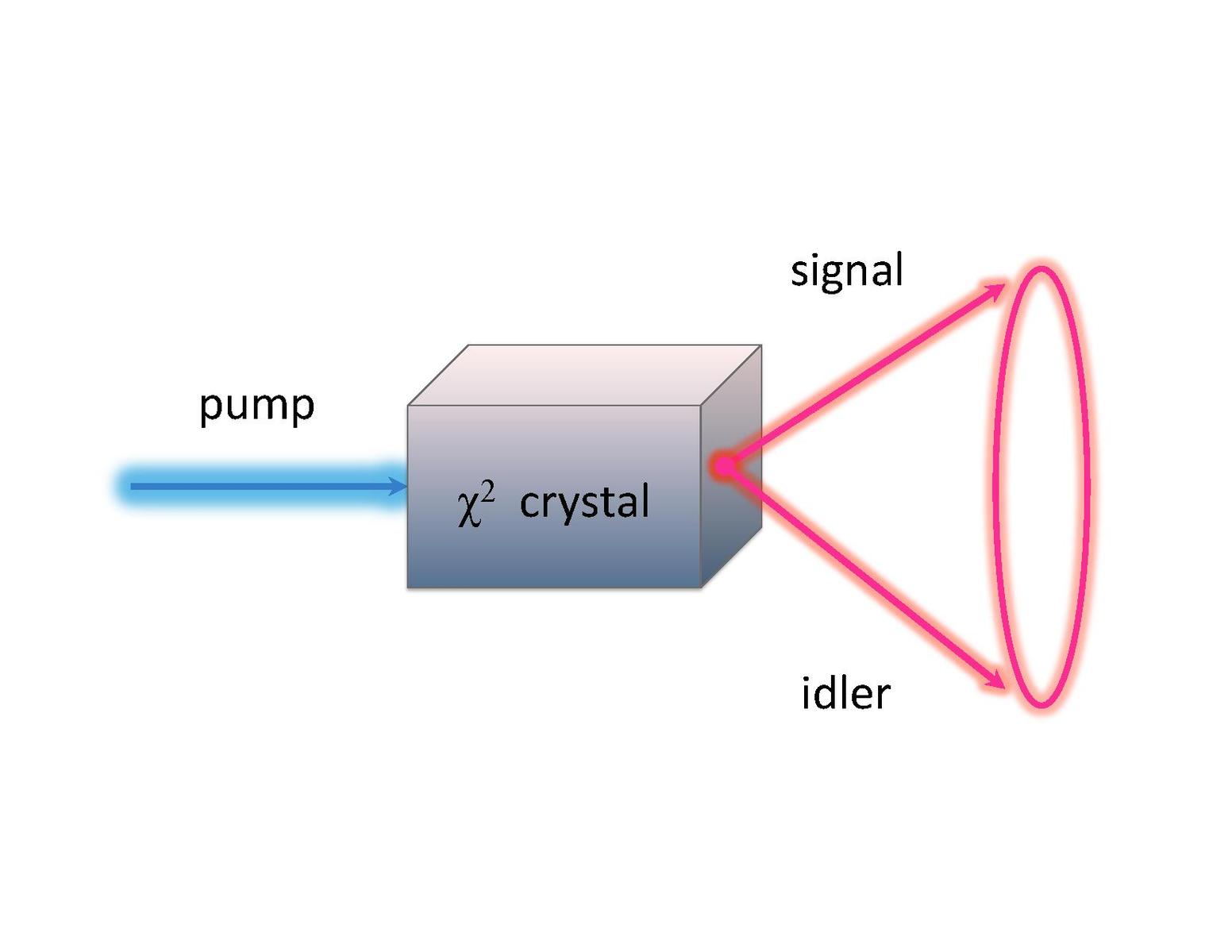 Figure 1: A laser beam is input into two type 1 SPDC crystals, with orthogonal extraordinary axes. This results in a probability of emitting a pair of entangled photons at opposite points on a cone. Image taken from Wikipedia.

The existing answer does a good job at describing the state that comes from a SPDC configuration at low conversion efficiency, but it's also worth noting that the single-photon behaviour is not all there is to the process. Thus, in particular, if your conversion efficiency (or you detection time / efficiency / SNR) is good enough that you can detect (and discriminate) the emission of multiple photons in the same mode, then those two-photon events also share quantum correlations between the two modes, as do all higher orders of the photon-statistics distribution.

To be more specific (and ignoring all the polarization, momentum, and phase-matching problems already alluded to by Mithrandir), the light that comes out of a Type II SPDC source in the signal and idler ports is in a two-mode squeezed state

Generally, the folks running SPDC setups as single-photon sources run them in a regime where $\tanh(r)$ is small (so most of the time you get vacuum, except when you do get a click on the signal that guarantees a single photon's presence in the idler mode) in order to eliminate the contribution of the higher-order photon-statistics channels, but they're still there, they can be important, and if you don't control appropriately for them then they might overwhelm the single-photon component of your signal.

I should also say that the details change from configuration to configuration (so e.g. Type I SPDC only produces single-mode squeezed vacua, if I understand correctly) but the higher-order terms will generally always occur.

Not the answer you're looking for? Browse other questions tagged physical-qubit optical-quantum-computing spdc quantum-state or ask your own question.

7
Improving probability of spontaneous parametric down conversion
7
Does Barkhausen noise affect the measurement of magnetic particle based qubits?
16
Why does the "Phase Kickback" mechanism work in the Quantum phase estimation algorithm?
8
The process for transferring qubits between locations
4
Input and output qubit notation in quantum gates
8
Why does a Hamiltonian have to be Hermitian?
3
Is spontaneous excitation possible?
5
What is the computational complexity in initializing a quantum register?