Simulating a system inside a system

This is quite a pretty big theory in classical computing and physics because to contain the information of the whole universe, you require a minimum information storage space that is of the size of the universe itself.

But, quantum computing computes and stores data in parallel to other data and thus while being efficient is actually more compact. We are talking ideal systems, so cooling mechanisms don't count as part of the computer.

Then, could such a system simulate the whole universe?

(I thought of a solution that I don't know how to actually prove. My logic is mostly based on the many worlds interpretation of quantum mechanics and that a quantum computer actually uses different universes to compute in parallel, thus increasing memory space and speed).

Any inputs will be gladly received and are highly appreciated.

tl;dr- Quantum computers can't really help us to simulate the whole universe as the universe is likely vastly more complex than even quantum mechanics can capture, plus we can't even begin to guess how big it is or many other basic fundamental features. In short, simulating the whole universe is beyond sci-fi.

We can't really simulate the entire universe, in large part because we have no idea what the universe is.

I mean, at current, we have a vague picture of the observable universe: 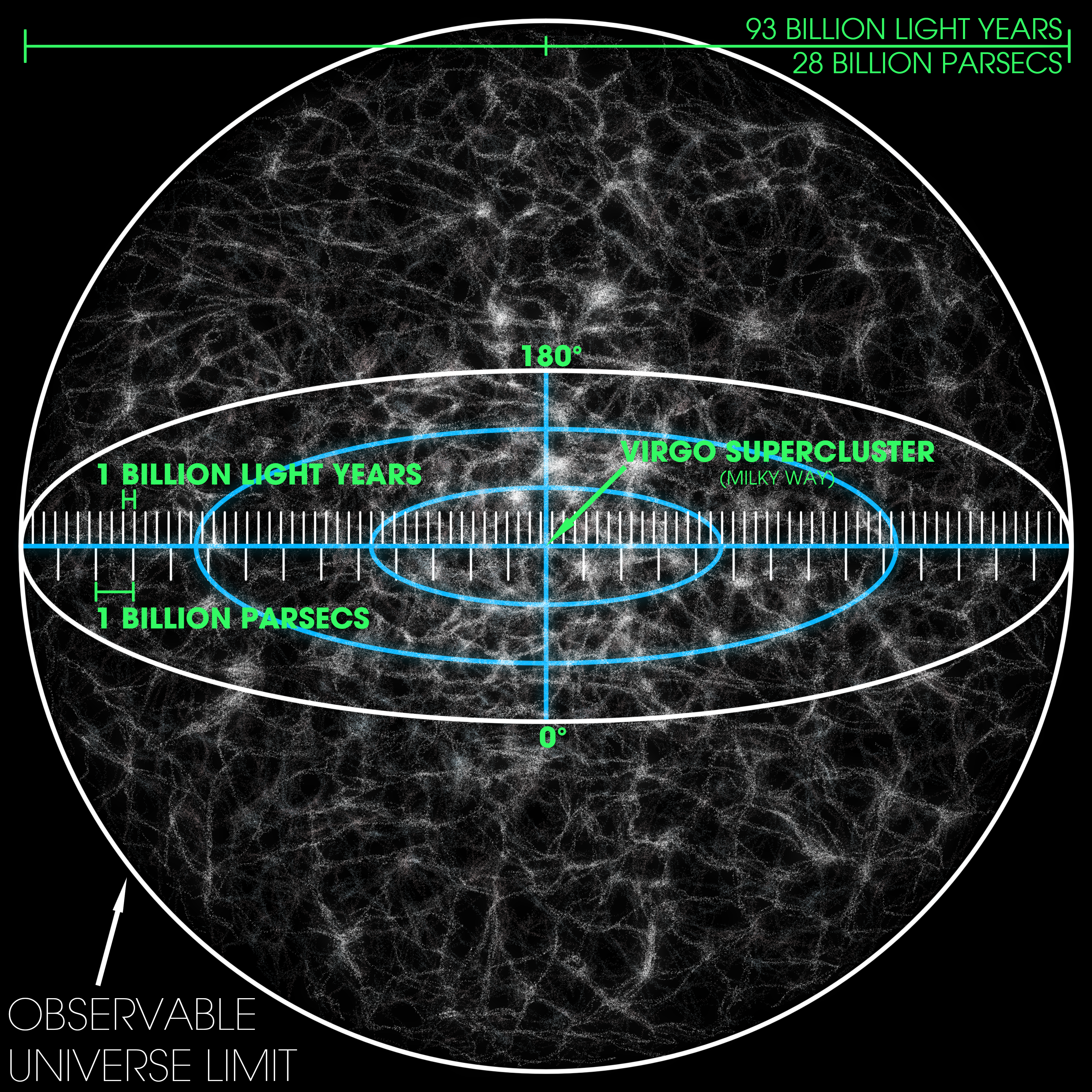 And we've got the Standard Model that describes our current best guess at describing much of what we can see. But, beyond that, we don't know much.

Examples of stuff we don't know:

Basically, we know essentially nothing about the larger universe other than that we're part of it. Given this unimaginable ignorance, merely having quantum computers won't really help us simulate the whole thing.

That said, what quantum computers can do is help us simulate quantum systems of comparable size as well as a bunch of other interesting problems. Presumably we'll gain a better understanding of the possibilities as time goes on.

Not the answer you're looking for? Browse other questions tagged simulation memory-space interpretations or ask your own question.