Is there a BQP algorithm for each level of the polynomial hierarchy PH?

This question is inspired by thinking about quantum computing power with respect to games, such as chess/checkers/other toy games. Games fit naturally into the polynomial hierarchy $\mathrm{PH}$; I'm curious about follow-up questions.

But how does this "cut through?" 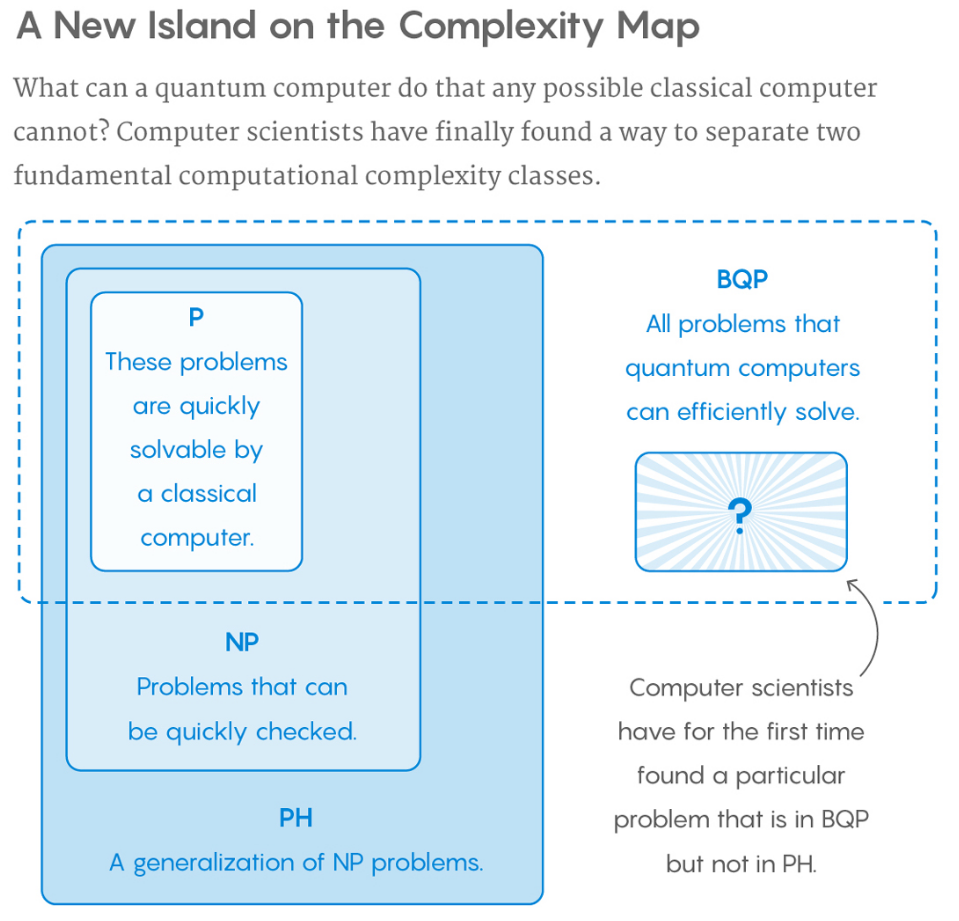 See, e.g., the above picture from the Quanta Magazine article "Finally, a Problem that Only Quantum Computers Will Ever Be Able to Solve" link. Could $\mathrm{BQP}$ be disconnected between $\mathrm{NP}$ and the island outside of $\mathrm{PH}$? Or must there be a bridge over $\mathrm{PH}$ connecting the two?

Browse other questions tagged algorithm complexity-theory bqp forrelation or ask your own question.

7
Will quantum computers be able to solve the game of chess?

26
Why is a quantum computer in some ways more powerful than a nondeterministic Turing machine?
6
Quantum Algorithm SAT structure
6
Requirements for Achieving a Quantum Speedup
4
What's the notion of input size for Quantum Verification?
8
What is recursive Fourier sampling and how does it prove separations between BQP and NP in the black-box model?
4
Intuitive Proof: BQP ⊆ PP
2
Is there a polynomial quantum algorithm for graph coloring?
7
Will quantum computers be able to solve the game of chess?