Here is the diagram of the circuitry involved: I understand the computations part of it, but can anybody explains the diagram: 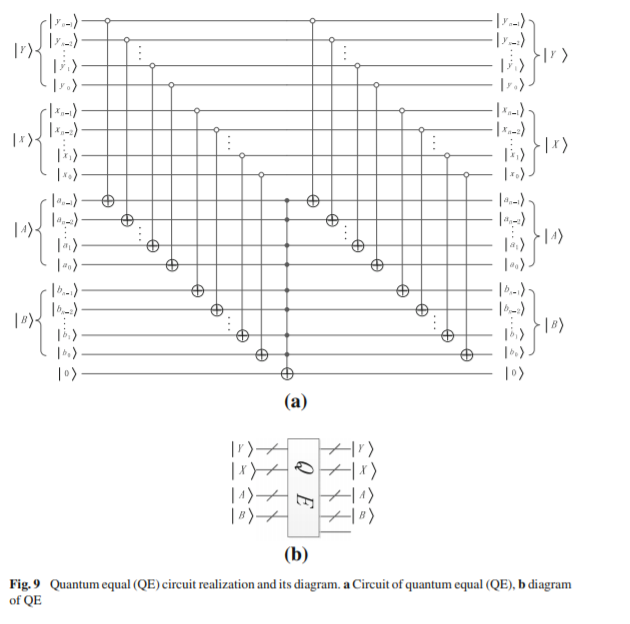 How to read the circuit

The qubits are acted on by operations, which are represented by nodes, symbols, or boxes which interrupt the wires. We think of these (abstractly) as gates which happen at a specific moment in time, e.g. at integer time steps. These correspond to quantum gates.

The symbols in your upper circuit are different variations of controlled-not gates:

What the circuit does

For general quantum states, this all occurs in coherent superposition, of course. But for standard basis states, this realises an equality test.

2
Hamming with prefix oracle
0
CNOT in reversible computing and entanglement
4
Is there a circuit to compare two quantum states?
5
BHT algorithm implementation
3
Is a "Bell measurement" equivalent to a projective measurement in a different basis?
21
An impossible quantum adder claimed by a journal article?