I like making diagrams to describe computations. For the surface code, an excellent tool is 3d topological diagrams. Here is an example diagram (made by me in SketchUp): 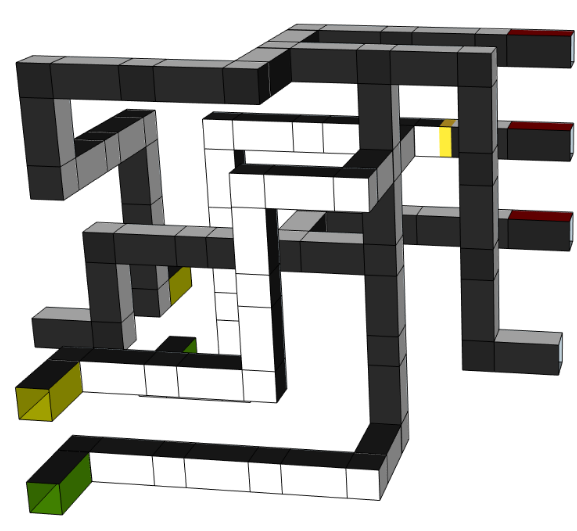 Although these diagrams are a good tool for describing topological computations, not everyone knows how to read them. Is there a reference I can point them toward when they ask?

An example of a paper using these diagrams is A bridge to lower overhead quantum computation (Fowler & Devitt, 2013). 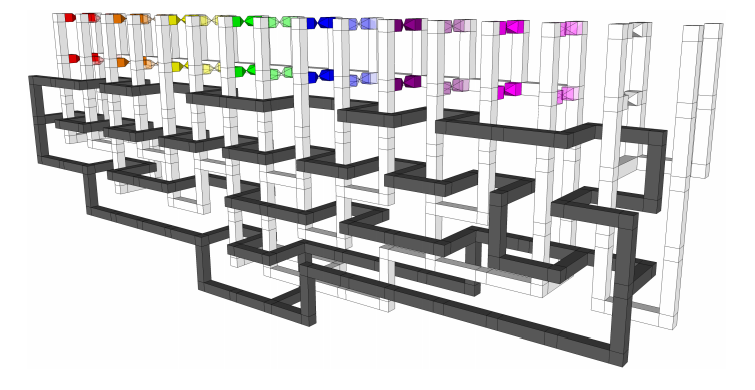 You may notice that the two diagrams I've included look different in their details. That's because the second one is using braiding whereas the first one is using lattice surgery. But it's ultimately the same diagrammatic concept.