Can quantum computers be clustered together?

Yes, this has been thought about. For example, the plan for scaling up ion trap computers involves having multiple "modules", each with a few dozen qubits. When qubits in separate modules need to interact, they are moved to the same module using quantum teleportation or some other quantum channel. Each "module" is like a little quantum computer in a cluster, with the cluster forming a larger quantum computer.

It is already proven that even in case of small quantum devices, two clustered devices can provide an exponential speedup with respect to isolated devices. As mentioned in the other answer, quantum teleportation is the key strategy to enable distributed quantum computing, which requires to perform operations between qubits physically located on multiple remote quantum devices. However there is a trade off to this teleportation operation. There will be a time overhead induced by teleporting operations in distributed quantum computing. 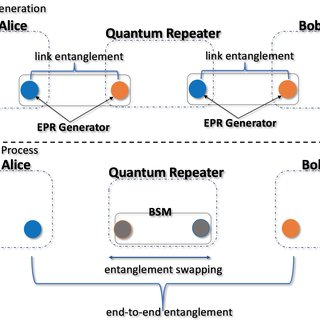 Currently quantum processors are only separated by short distances. To scale this quantum networks, we will need better quantum communication links and secure quantum key distribution systems. To make such an infrastructure, we will need optical switches capable of delivering qubits to the quantum processors. These switches need to preserve the quantum coherence. We will also need quantum repeaters to transport qubits over long distances. Since qubits cannot be copied, classical signal amplification would not be possible.