In D-Wave's universal quantum computer, why does the YY term have to be driven along with the linear X term?

D-Wave has a new prototype annealer that uses a Hamiltonian which, if there was enough qubits and sufficient control, would be able to simulate any universal circuit-based quantum computer with at most polynomial overhead. It was presented at the AQC 2018 conference at NASA: 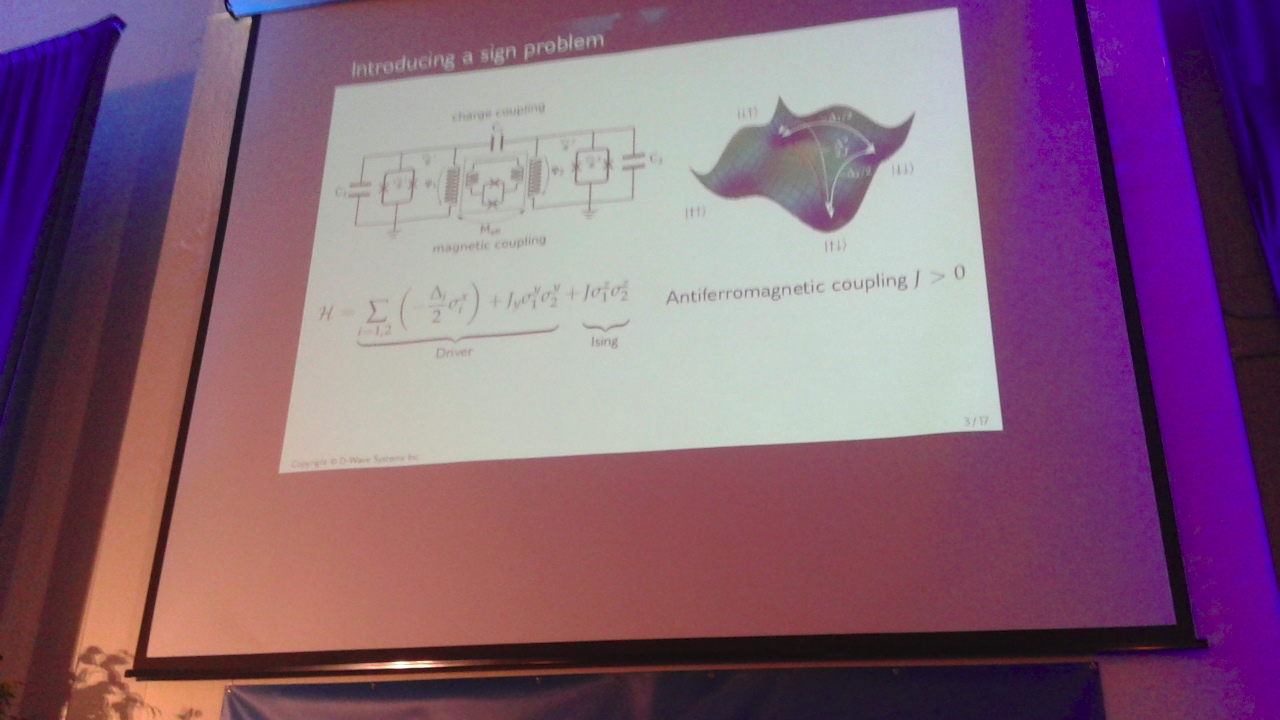 The Hamiltonian on the slide contains both a ZZ term and a YY term. Using the YY gadget of Section VI of this paper, the Hamiltonian becomes the classic ZZ + XX Hamiltonian, which is well known to be universal.

One issue with this design though, is that the YY term is part of the driver, not part of the problem Hamiltonian. Therefore the coefficient of the YY term has to change simultaneously with the linear X term.

Since I am not an expert in superconducting circuits, I wonder why the YY term, which makes it possible for the machine to do universal quantum computation, cannot change with the problem Hamiltonian, instead of the driving Hamiltonian?

10
What would be the simplest addition that would make the D-Wave architecture universal?
6
What are XX, YY, YZ etc. couplings?
8
What's a Qubit on D-Wave 2000Q?
11
Does the D-Wave 2000Q satisfy DiVincenzo's criteria?