I was searching for examples of quantum circuits to exercise with Q# programming and I stumbled on this circuit: 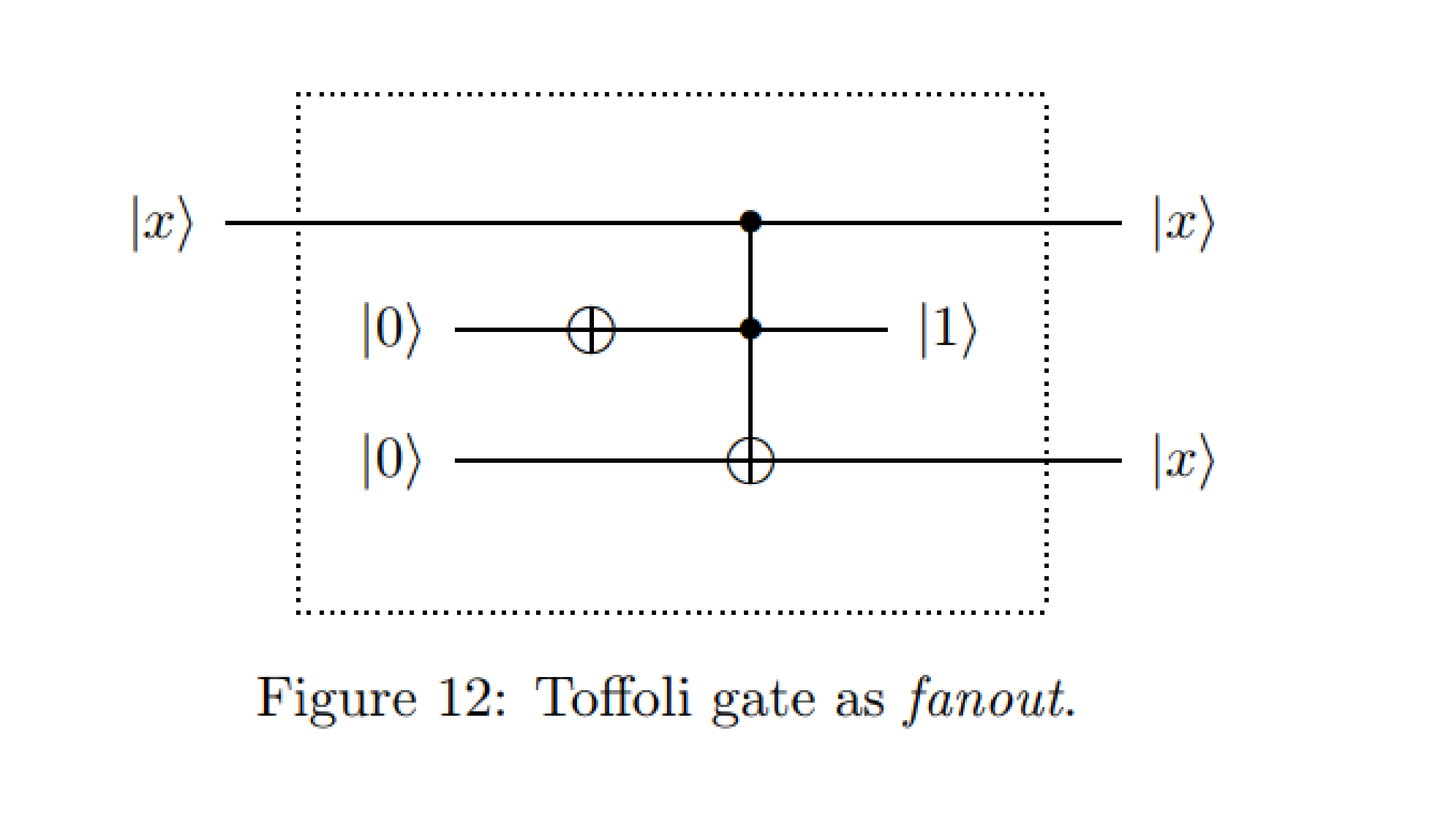 During my introductory courses in quantum computation, we were taught that the cloning of a state is forbidden by the laws of QM, while in this case the first contol qubit is copied on the third, target, qubit.

I quickly tried to simulate the circuit on Quirk, something like this, that sort of confirms the cloning of the state in output on the first qubit. Measuring the qubit before the Toffoli gate shows that is in fact no real cloning, but instead a change on the first control qubit, and an equal output on the first and third qubit.

By making simple math, it can be shown that the "cloning" happens only if the third qubit is in initial state 0, and that only if on the first qubit is not performed a "spinning operation" (as indicated on Quirk) on Y or X.

I tried writing a program in Q# that only confirmed which is aforesaid.

I struggle in understanding how the first qubit is changed by this operation, and how something similar to a cloning is possible.

To simplify the question consider CNOT gate instead of Toffoli gate; CNOT is also fanout because

and it looks like cloning for any basis state $x\in\{0,1\}$ \begin{align} |x\rangle|0\rangle \rightarrow |x\rangle|x\rangle \end{align}

and fanout is not cloning.

As for the question of how the first qubit is changed - it is now entangled with the second qubit.

The no cloning theorem says that there is no circuit which creates independent copies of all quantum states. Mathematically, no cloning states that:

The answer is that the no-cloning theorem states that you cannot clone an arbitrary unknown state.

Not the answer you're looking for? Browse other questions tagged quantum-gate quirk cloning or ask your own question.

2
FANOUT with Toffoli Gate
4
How to complete this teleportation circuit? How to create a copy of $|\psi〉$?
5
How does the CX gate work?
1
Why is a 15-qubit IBM quantum computer not working correctly?
7
Is it possible to make a Toffoli gate using only CNOTS and ancillas?
2
How the single qubit unitary (U) calculates when apply a gate to only one qubit at a time?
1
Writing Toffoli Gate Matrix by one and two qubit gate matrices
4
What is wrong with my circuit for the fourth-root of $X$?
0
Clarification about QTF proof regarding equality of QFT application and circuit application