I'm encoding data into a QuantumCircuit via the Initialize method for QFTs. In doing this and transpiling for IonQ backends, I'm getting rather complex circuits. Is there a way to encode this data more efficiently for IonQ backends or a method to approximate this circuit? Thanks in advance! 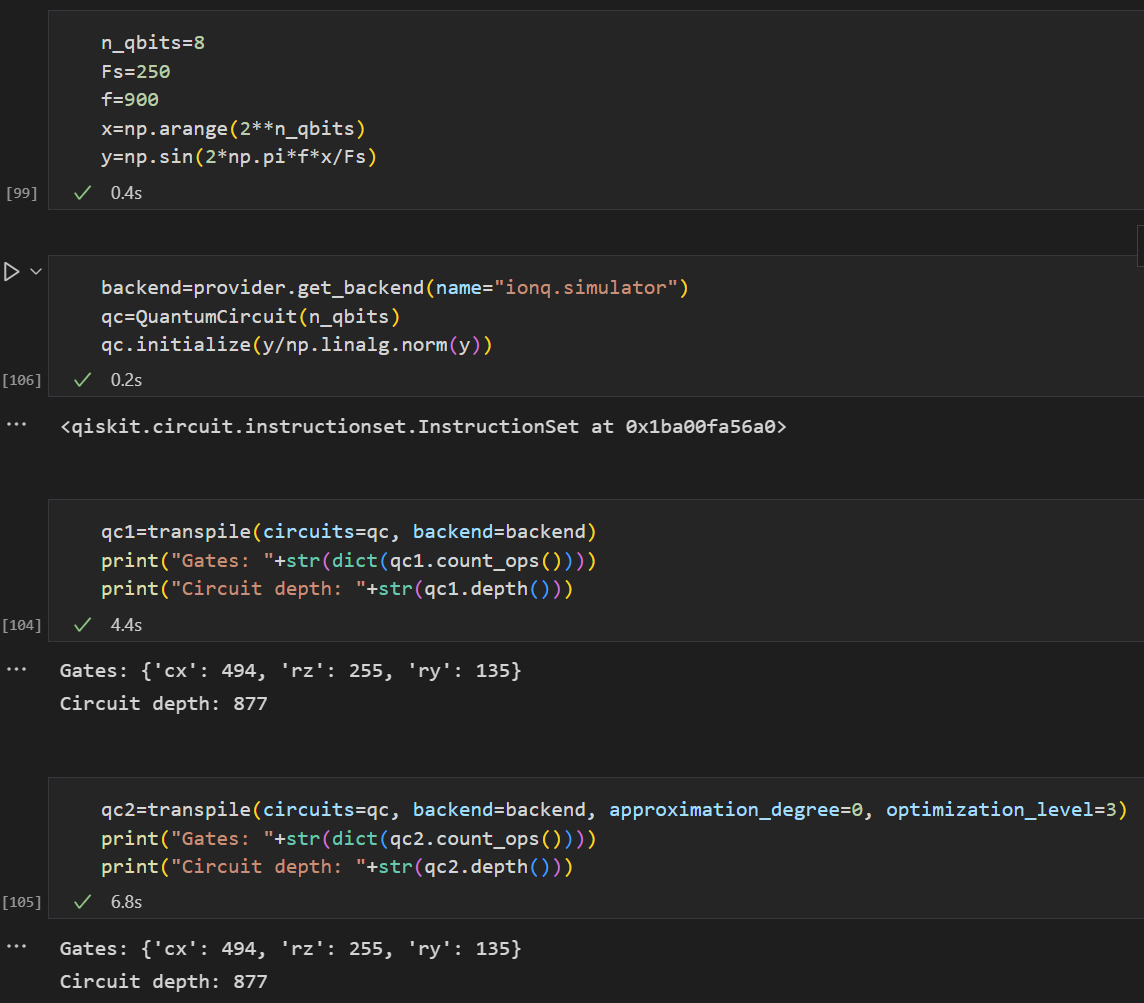 I think that the QuantumCircuit.initialize() method isn't always providing the most efficient state preparations.

I have tried to initialize some very simple states, like $|11⟩$ for 2-qubits system: 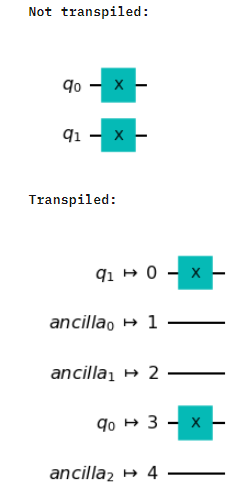 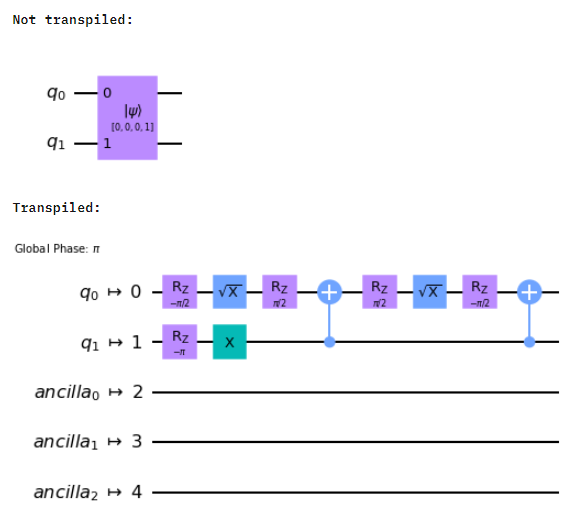 Along with this talking I can infer that QuantumCircuit.initialize() isn't providing always the most efficient method for setting a desired state. And that's probably the reason that so many gates are used in order to set the 8-qubits state above.

Try to set up the desired state manually (I don't understand exactly which state you are trying to initialize here so I can't tell you exactly how to do it for now).

Try using isometry instead of initialize:

Also, try setting optimization_level to 3 for transpile method. Most of the time this will reduce number of gates.

4
Is there a "parameterized initialization" that I can apply to a QuantumRegister to re-use a circuit?
2
How to read QASM files for parametrized circuits (in QISKIT)? both from_qasm_file() and from_qasm_str() fail
5
Qiskit - Circuit drawing aesthetics - Can I force the measurements in my circuit to show at the end?
5
Setting initial state in Qiskit unitary simulator
3
Qiskit: Get approximate execution time
4
How to order results after multi-circuit qiskit.execute parallel run?
3
How to set the meas_level and optimization_level in Quantum Azure IonQ provider?
2
How well different featuremap encode the data？
1
Is there any alternative for `qiskit.initialize` in aws braket for running circuit on `Ionq Device`?