What is size of the state space?

I'm taking my first Quantum Computing MOOC and the image below is from one of the very first slides: 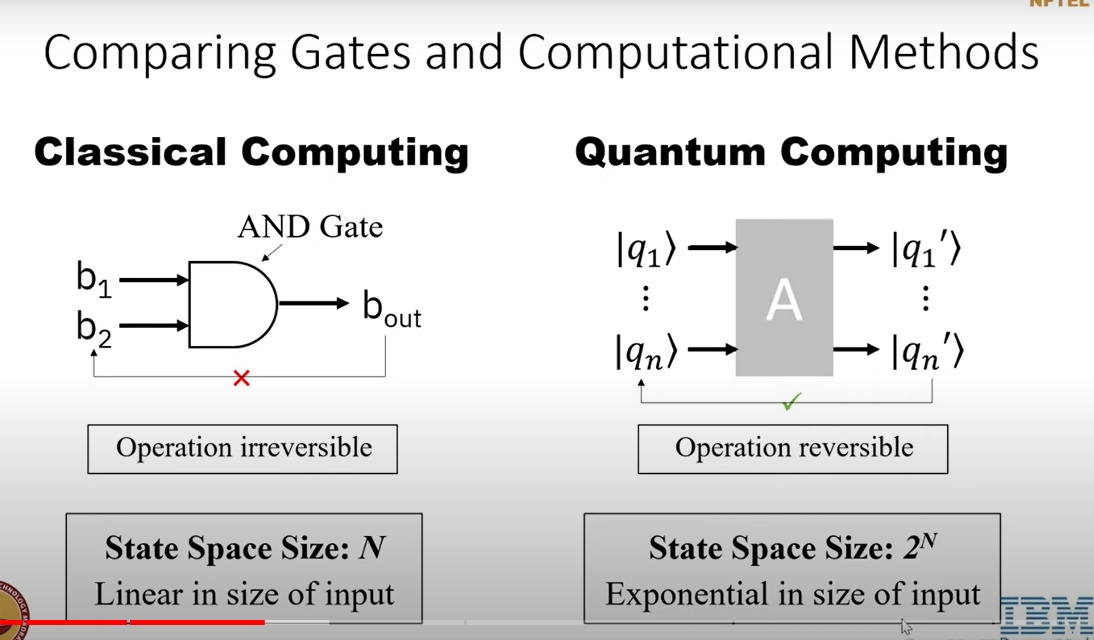 My question is, what is the state space?

I've a guess that it is the set of all possible results that the gate can produce given a set of states. But this guess doesn't explain how classical state is linear in size of input or how quantum state is exponential in size of input.

Can you explain it with a worked-out example?

I'd say that the slide is unfairly cryptic for a first introduction.

The point is a bit elaborate to make if you're new to quantum mechanics, however, fortunately, it's not difficult to understand. :)

Let's say you have a single classical bit. The possible states of this bit are $0$ and $1$.

So, the scaling is exponential in the number of qubits whereas it is linear in number of bits. This is what is meant when someone says something along the lines of what your slide says.

Not the answer you're looking for? Browse other questions tagged quantum-gate quantum-state textbook-and-exercises or ask your own question.

3
How to read Dirac notation (without algebra)?
3
Explanation of output produced by the following quantum circuit
0
Understanding Deutsch Algorithm
3
Confusion regarding the tensor product usage in book
1
Quantum Image Processing Application
3
What justifies using tensor product of matrices for parallel gates when applying them to an entangled state?
1
State Initialization of quantum circuit