Does local Clifford equivalence have a direct graphical representation for qudit graph states of non-prime dimension?

This question is a follow-up to the previous QCSE question: "Are qudit graph states well-defined for non-prime dimension?". From the question's answer, it appears that there is nothing wrong in defining graph states using $d$-dimensional qudits, however, it seems that other definitional aspects of graph-states do not similarly extend to non-prime dimension.

Specifically, for qubit graph states, one key aspect to their prevalence and use is the fact that: any two graph states are local Clifford equivalent if and only if there is some sequence of local complementations that takes one graph to the other (for simple, undirected graphs). Needless to say, this is an incredibly useful tool in analyses of quantum error correction, entanglement and network architectures.

Graphically, this is represented by the following operations (reproduced from Ref. 2): 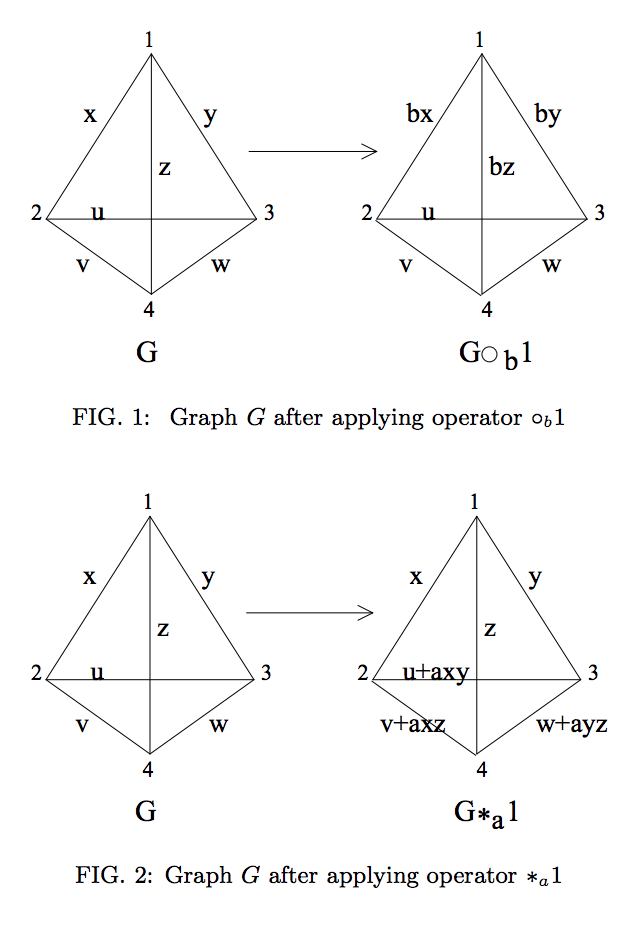 However, if the graph state is defined on qudits of non-prime dimension, then we can see these operations (seem to) fail to represent LC-equivalence.

My question is: is there any set of graph operations that properly represent local Clifford equivalence for qudit graph states of non-prime dimension?

Note: I am primarily interested in operations that directly apply to a state's representation as a single weighted graph, rather than possible decompositions into multiple prime-dimensional graph states, as suggested in Sec. 4.3 of "Absolutely Maximally Entangled Qudit Graph States".

Addition, multiplication and conjugation tables are then as follows:

Not the answer you're looking for? Browse other questions tagged entanglement qudit graph-states or ask your own question.

3
What is the most economical and preferred basis for the qudit?
7
Are Absolutely Maximally Entangled states maximally entangled under all entanglement monotones?
9
Are qudit graph states well-defined for non-prime dimension?
3
What is a local operator?
4
Can local projections increase entanglement?
3
Can a single qutrit in superposition be considered entangled?
2
Why are entanglement breaking channels, defined as $\Phi(\rho)=\sum_a \operatorname{Tr}(\mu(a)\rho)\sigma_a$, entanglement breaking?