What is D-Wave's "Pegasus" architecture?

Pegasus is the first fundamental change in D-Wave's architecture since the D-Wave One.

The D-Wave Two, 2X, and 2000Q all used the "Chimera" architecture, which consisted of unit cells of $K_{4,4}$ graphs. The four generations of D-Wave machines just added more qubits by adding more and more unit cells that were the same.

In Pegasus, the actual structure of the unit cells has fundamentally changed for the first time. Instead of the Chimera graph where each qubit can have at most 6 qubits, the Pegasus graph allows each qubit to couple to 15 other qubits.

A machine has been made already with 680 Pegasus qubits (compare this to 2048 Chimera qubits in the D-Wave 2000Q).

The work was presented by Trevor Lanting of D-Wave, four days ago: 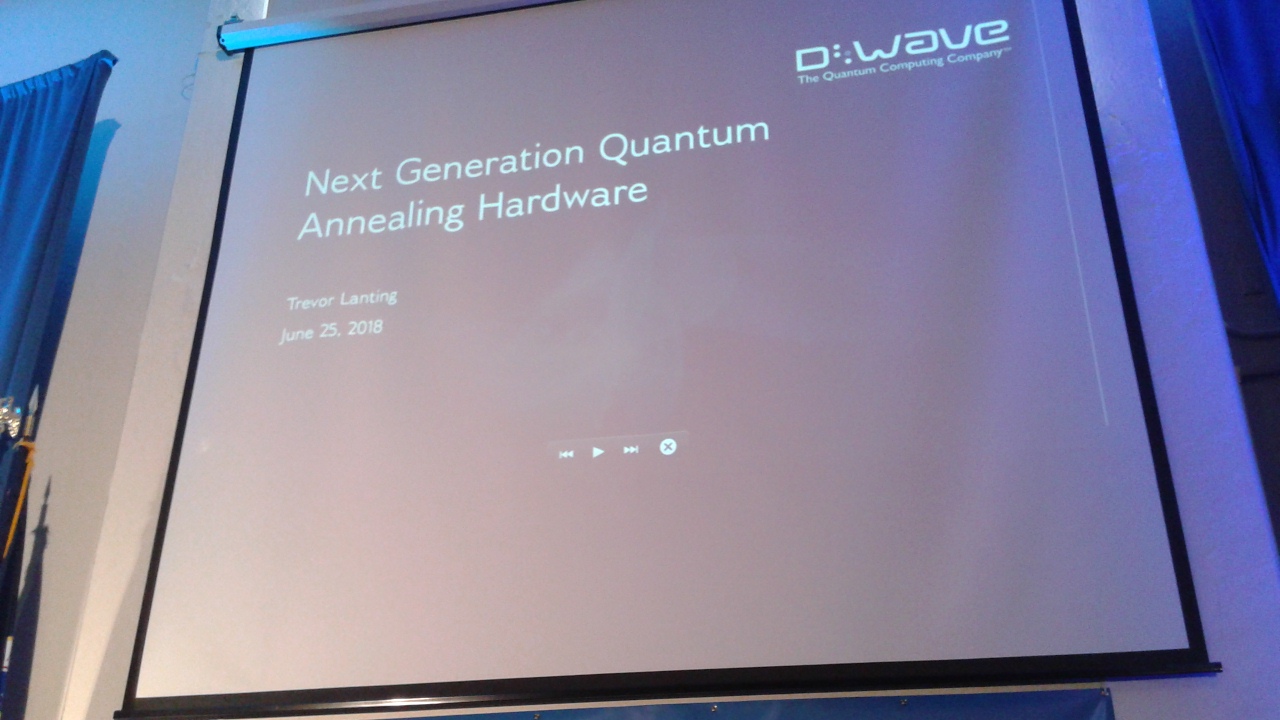 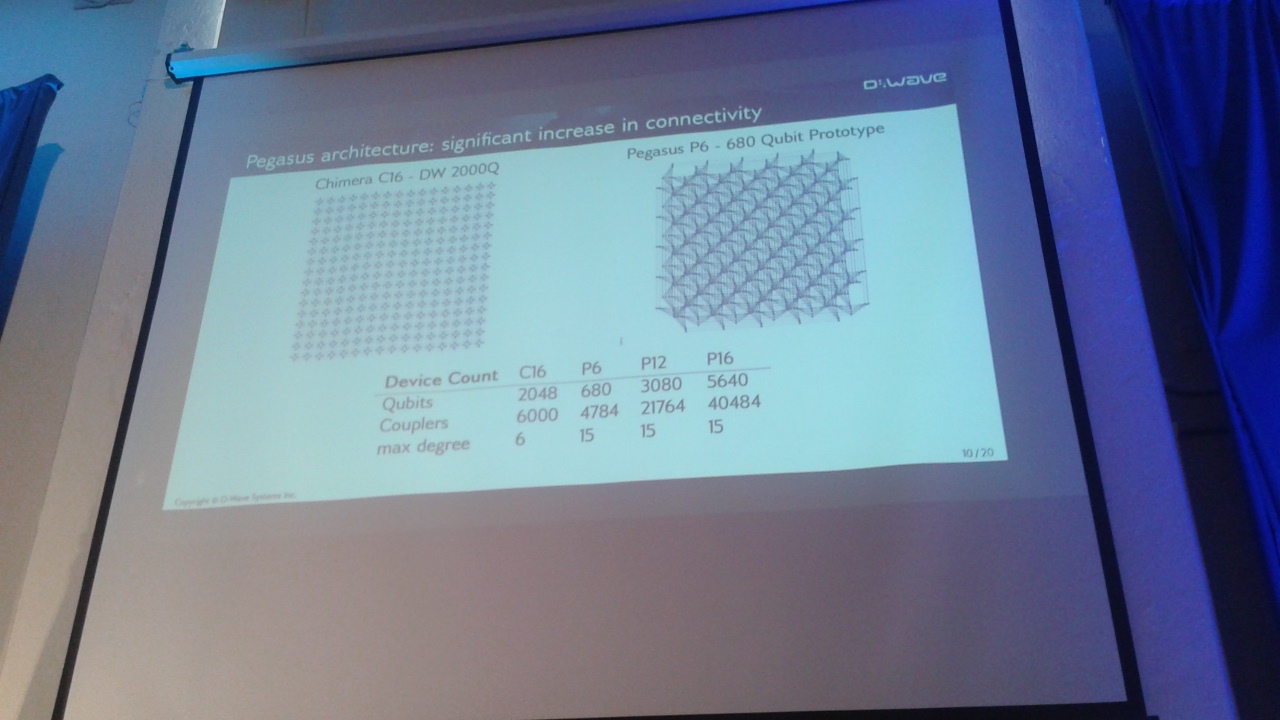 Hope this late contribution won't be a meaningless contribution, but as mentioned in one of the comments above, by using D-Waves version of NetworkX you can visualize the Pegasus network. I have attached a few images here of the Pegasus 2 (P2) and Pegasus 6 (P6) architectures using the D-Wave NetworkX. 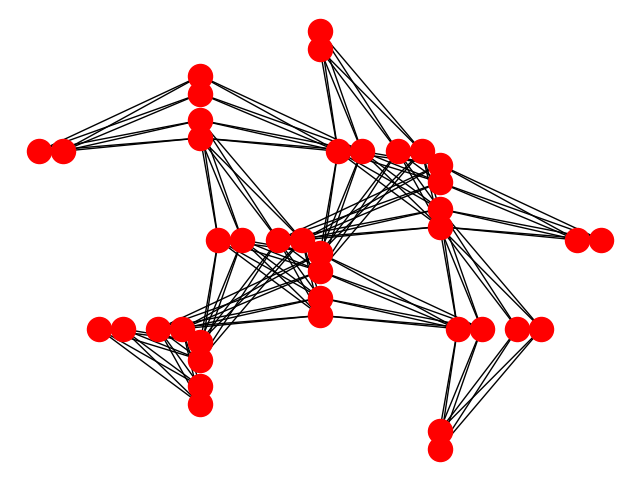 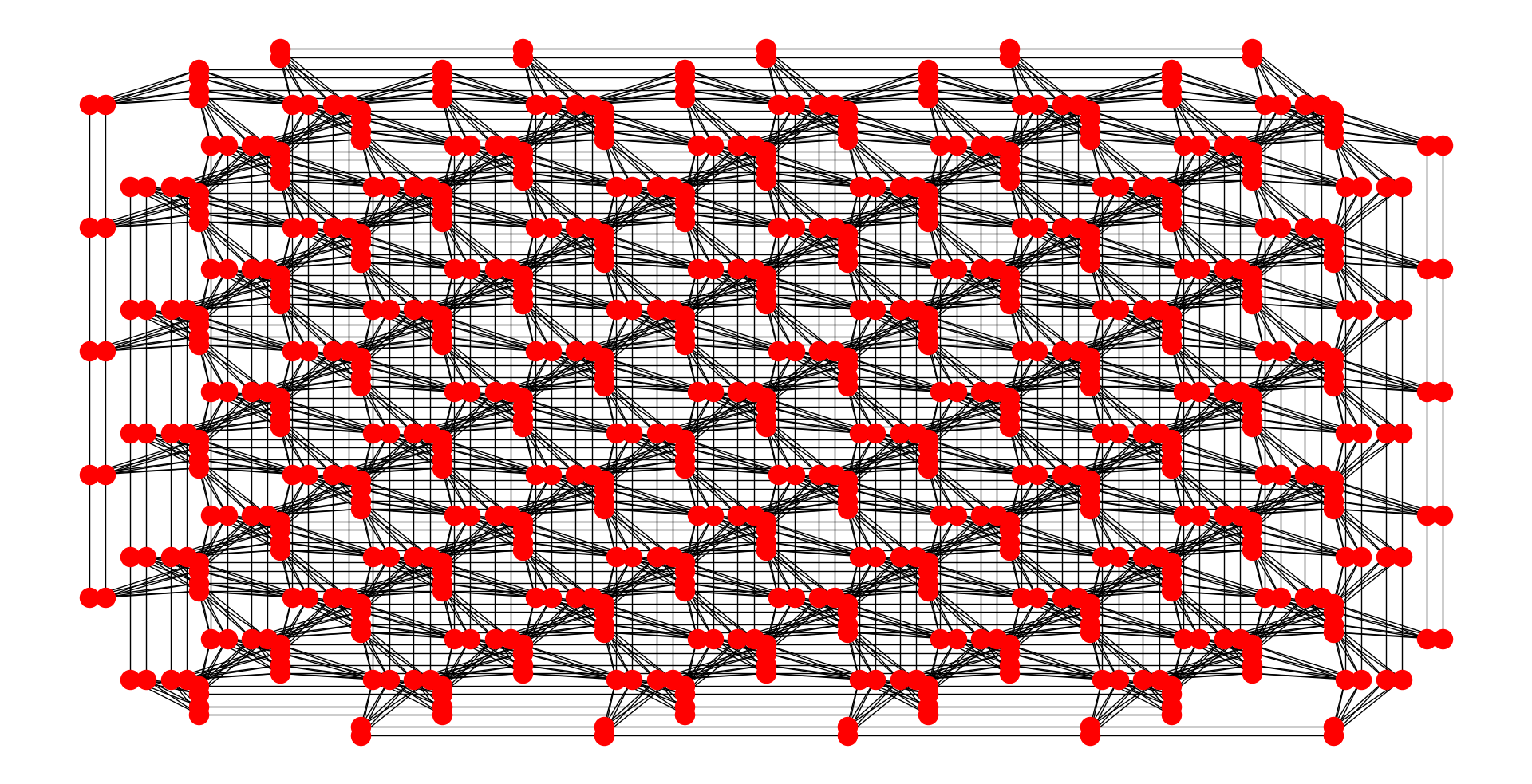 The reason that I find Pegasus interesting is that the architecture allows for odd number cycles, and of course the obvious scale up in the maximum degree. The theoretical inability for Chimera to have odd cycles is limiting, but practically it can be approximated using minor embedding techniques and maybe imperfect chimera, but of course, Pegasus overcomes that entirely.

In 2018, D-Wave announced the construction of a (not yet commercial) quantum annealer with a greater connectivity than Chimera offers, and a program (NetworkX) which allows users to generate certain Pegasus graphs. However, no explicit description of the graph connectivity in Pegasus has been published yet, so we have had to apply the process of reverse engineering to determine it, and the following section describes the algorithm we have established for generating Pegasus. 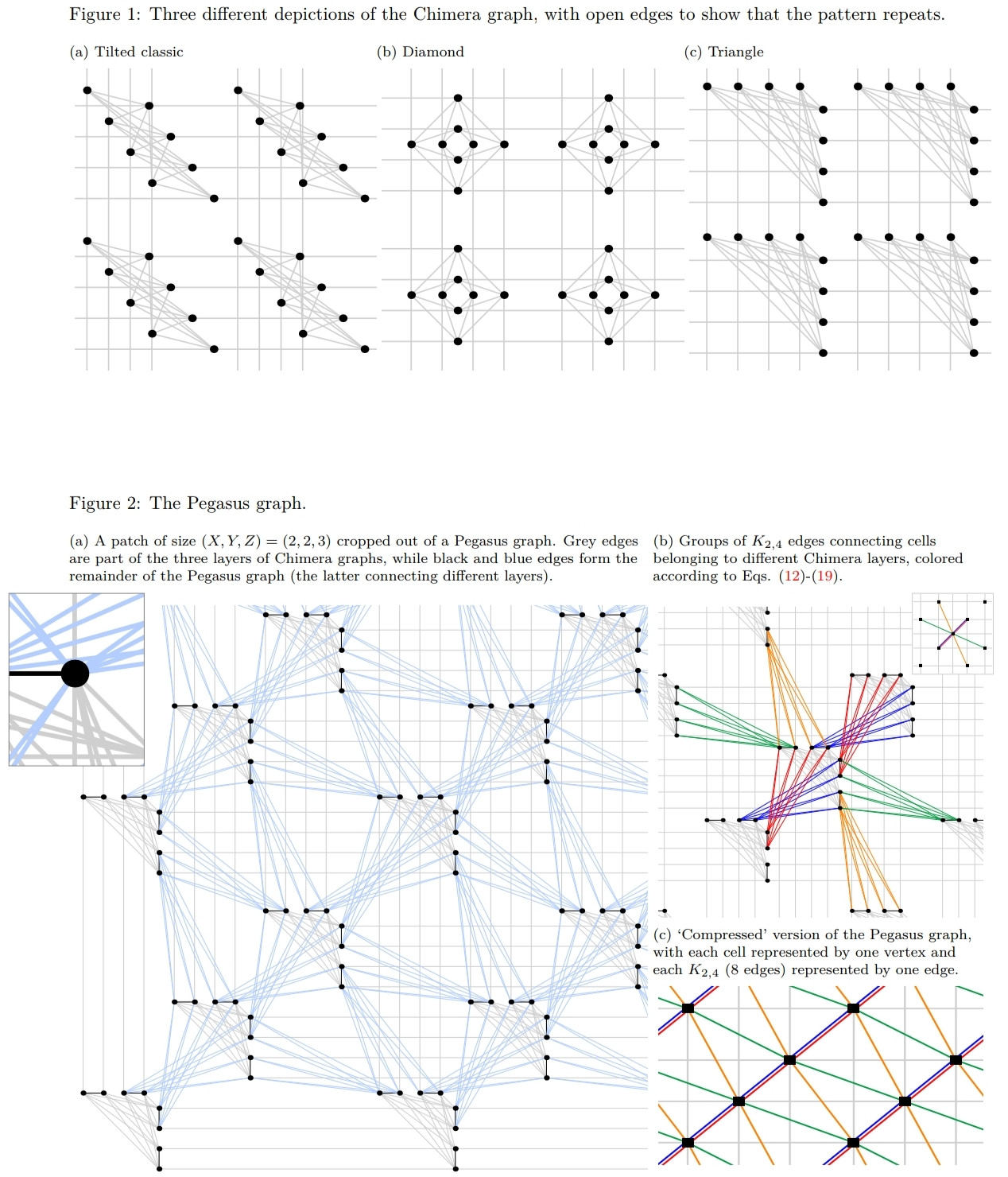 There are a few dozen illustrations in that paper, verified by Kelly Boothby of D-Wave, I don't want to overquote; I believe I've covered the gist of it.

Not the answer you're looking for? Browse other questions tagged architecture physical-realization d-wave chimera pegasus or ask your own question.

8
Dependency of architecture on hardware
8
How to explain in layman’s terms the significance of the difference of qubits of the D-Wave and IBM QX?
10
Why did D-Wave choose the Chimera graph the way they did?
6
Randomness from deterministic machine
5
When and where was the first use of the term Chimera?
6
What are XX, YY, YZ etc. couplings?
1
How to get samples in "bins" from D-Wave's dimod?