What's the difference between depth and num_tensor_factor in qiskit

Now I'm studying about the quantum circuit in qiskit developed by IBM.

The quantum circuit have a several method in itself like depth() and num_tensor_factor().

I don't know what is different between depth and num_tensor_factor.

Please let me know this.

num_tensor_factors: Computes the number of tensor factors in the unitary (quantum) part of the circuit only

Not there are no two-qubit gates. You can essentially write the circuit as $U = H \otimes H \otimes H$. So the circuit $U$ can be decomposed as a tensor of product of $U_1, U_2, U_3 $ where each of them equal to the Hadamard gate $H$. 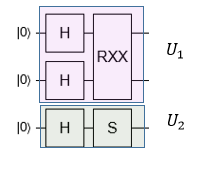 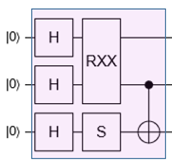 can you see why?

14
What's meant by the depth of a quantum circuit?

20
What is a "barrier" in Qiskit circuits?
2
Why are IBM QE backend results different from the qasm simulator for a simple quantum circuit?
1
Hadamard gate for three qubits; inconsistency between IBM and Matlab
3
How to use VQE function in Qiskit
1
queueinfo() module in Qiskit
0
Qiskit TwoQubitBasisDecomposer - how to properly decompose gates?
4
T-depth in Qiskit