I am having trouble understanding what IBM's histogram is doing.

Where the dots stand in for 23 more 0's. When simulating measurement, I acquire the following Histogram: 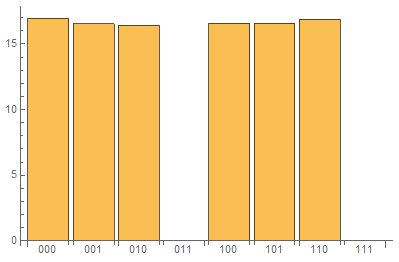 Which matches up exactly with the absolute value of the squares amplitudes, which is what I believe the histogram should generate, especially after this answer confirmed as much.

However IBM does not generate this histogram, it generates the following histogram: 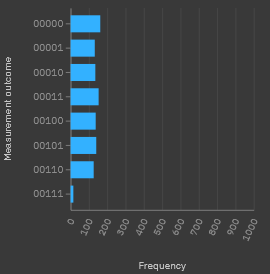 which is exactly the histogram I generate independently when I ignore the resets.

Does IBM have an error when dealing with Resets, or am I misunderstanding something?

The IBM histogram is correct. You seem to be under the impression that a reset is a postselection.

Applying a reset to a qubit cannot change the expected measurement statistics on other qubits. That would violate the no-communication theorem. So the distribution before the reset is equal to the distribution after. The same is not true for a postselection, because postselection implicitly involves broadcasting a "do we continue or do we restart?" bit. 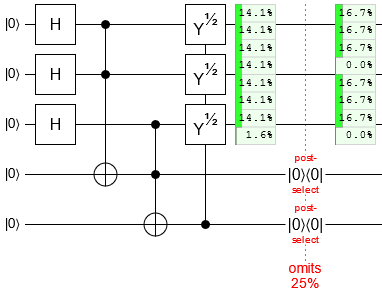 The answer of Craig G., including the circuit on Quirk, is perfectly clear. It greatly shows the difference between reset and post-selection. 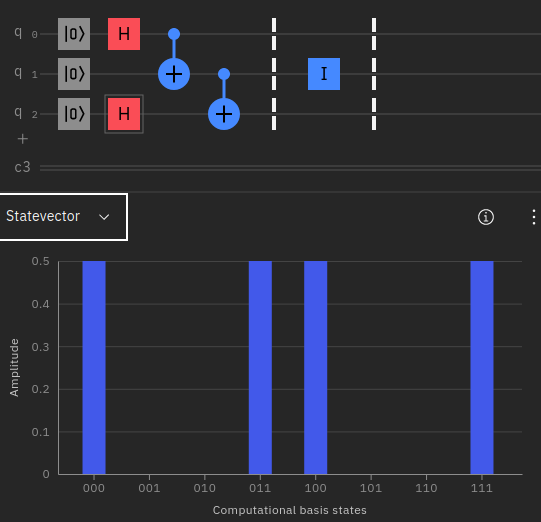 Reseting the middle bit gives a superposition of two states : |000> and |100>, which looks very much like a selection. 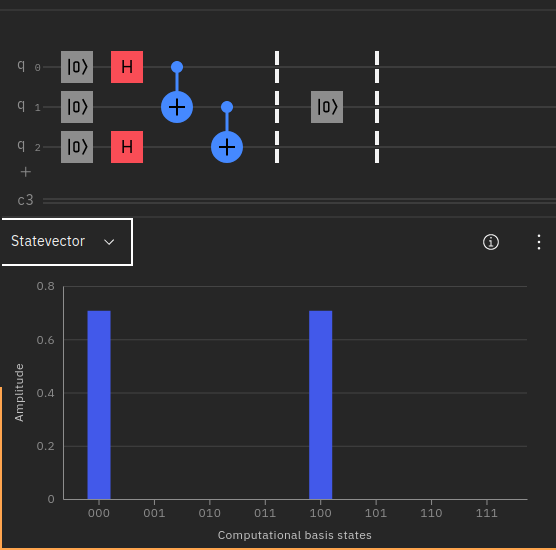 Not the answer you're looking for? Browse other questions tagged ibm-q-experience measurement or ask your own question.

1
What is a histogram of a job a plot of, if not the squared amplitudes of the final state-vector?

3
Consistent QISkit error: "All devices are currently unavailable"
2
Grover's algorithm returns skewed probability distribution
2
Quadratic optimization in Qiskit: Error when QuadraticProgram with quadratic constraint converted to QUBO
1
Qiskit: Error when importing libraries for ADMM optimizer
2
Error when running HHL algorithm in Qiskit
3
Measuring in the computational basis in the single qubit gate QFT implementation
0
Trouble understanding the EPR Experiment
3
How to initialize a qubit with a custom state in Qiskit Composer
2
What are the constraints for the coefficents of the basis states in quantum computing?