As regards measurement how would a quantum-full-adder perform multiple additions simultaneously?

Here in this video from 15:14 Arvin Ash demonstrates a quantum-full-adder circuit, he goes on further to illustrate how it can perform multiple operations simultaneously via superposition. I took some screenshots asper:
$a)$ 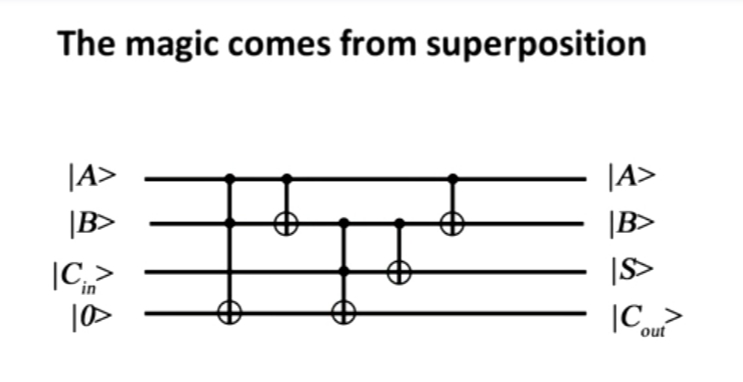 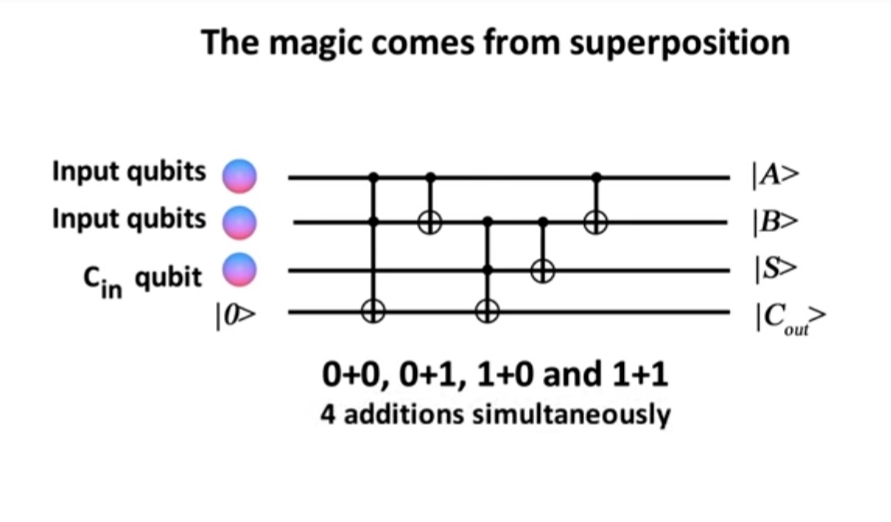 I have no issues with the concept of multiple operations being performed simultaneously but how would measurement make sense here (since we have a superposition of all states of the simultaneously performed additions).

Fair warning: I would consider this video typical of Arvin Ash's content, in that it is a mix of correct details and incorrect assertions. Eg. at 16:13 he claims a quantum computer can search 8 items in 1 step which is just wrong.

It's a mistake to assume that the amount of computational work you'd need to do to track the effects of a change is the same as the amount of computational work that can actually be extracted from applying that change. Yes, a quantum computer can apply one addition and force you to do a million additions to update your state vector tracking its state. But that's very different from claiming if you have a million additions to do then you can get a quantum computer to do them in one addition. And anyone who is mixing up those two things, without calling it out, is doing a disservice to your understanding.

So my answer to your question is: it doesn't do multiple additions at the same time. There's a sense in which it does, but going down that road leads to misunderstanding.

3
Quantum spin measurement
1
What does it mean to perform a measurement in correspondence with different projections?
3
Does the Copenhagen interpretation (+ "quasi-classical measuring apparatus") allow one to bypass a derivation's objection?
7
How to perform quantum state tomography on two qubits?
4
How to use the measurement in quantum phase estimation?
3
How to identify index $k$ when presented with a state $\vert \psi_k\rangle$ from orthonormal states $\{\vert \psi_i\rangle\}_{1\le i\le n}$?
2
How to perform a projective measurement on one component of a composite system?
6
Distinguishing $\frac{| 0 \rangle + e^{i\theta} |1 \rangle}{\sqrt{2}} $ from $| 0 \rangle/|1 \rangle$ with probability $1/2 + \epsilon$