I just want to know if there is a specific name for the implementation of a gate on the top qubit with the help of the bottom qubit, represented on this image:

It looks like gate teleportation but it is not as you do not need Bell states. The ancilla state is: $|A_{\theta}\rangle \equiv U_z(\theta) |+ \rangle$

You can find such circuit in this paper (page 28).

quantum-gate teleportation terminology
Share
Improve this question
edited May 6 at 21:40

This is the circuit on which the magic state model is based. As they say in the linked paper, such a circuit is often called a gadget, more specifically a state injection gadget.

The reason why such gadgets are useful is that they allow to effectively implement a gate from the $k$-th level of the Clifford hierarchy using a special resource state and gates from the $(k-1)$-th level only. Originally, this was shown using actual gate teleportation circuits (see Gottesman and Chuang 1999). Later it was realised that for diagonal gates in the Clifford hierarchy, this primitive can be done without actually using teleportation, in particular without the use of Bell states (see Zhou, Leung, and Chuang 2000). Because of the historical origin, these gadget are sometimes called "(One-bit) gate teleportation", e.g. in Zeng, Chen, and Chuang 2008.

I still call this gate teleportation. It's technically not quite right since the qubit doesn't move as part of applying the operation, it doesn't teleport, but it's basically the same. It's a few ZX calculus identities away. Basically it's like saying "instead of measuring A xor B and keeping B xor (B xor A), I measure A xor B and keep A". 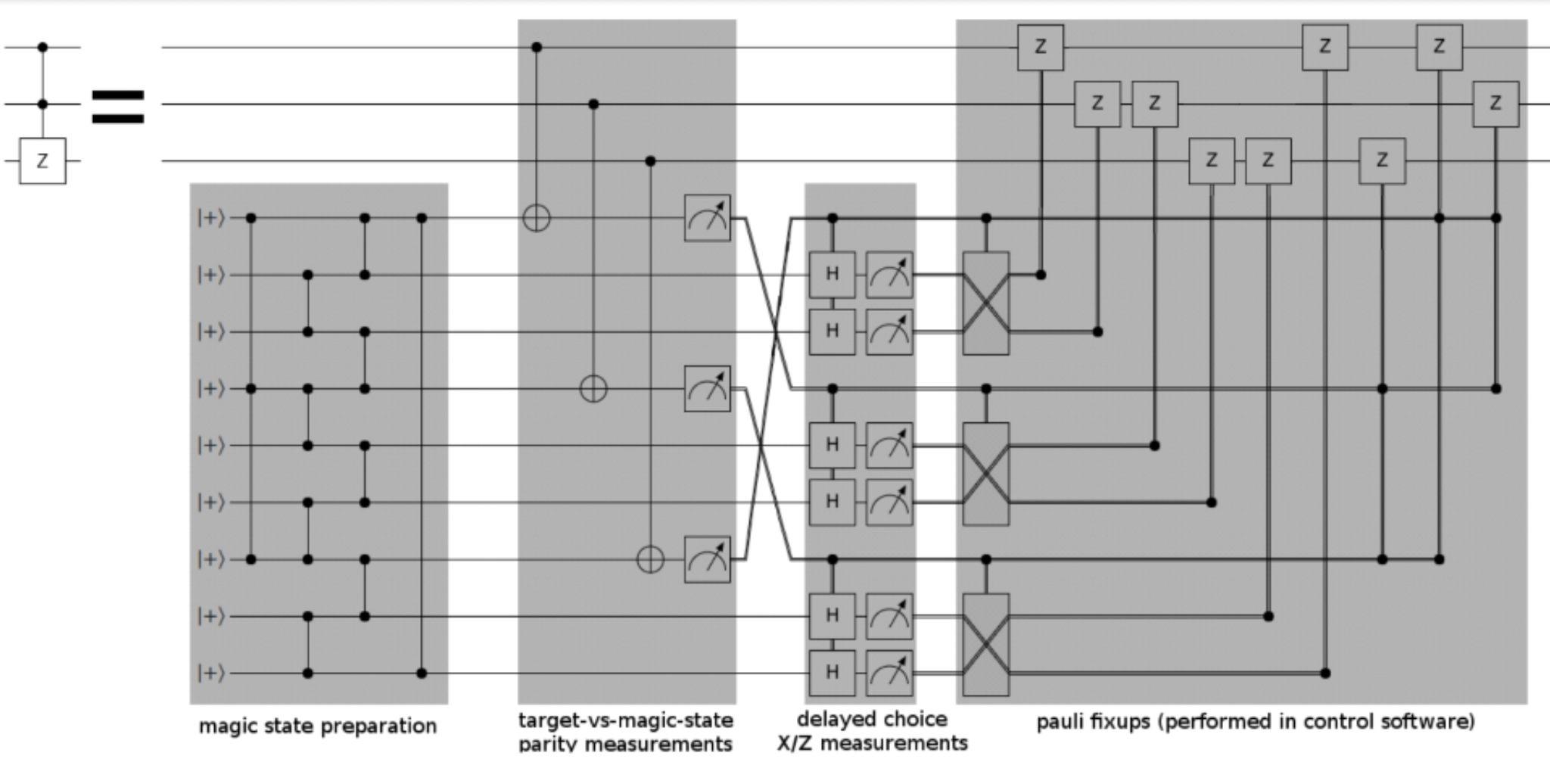 Not the answer you're looking for? Browse other questions tagged quantum-gate teleportation terminology or ask your own question.

2
Magic state distillation with the 15 qubit code. Why is the failure $O(p^2)$ if we include $|+_L\rangle$ preparation and decoding?