How many T gates are needed to implement it, in the stabilizer+T gate set? The circuit can use cliffords, measurement, classical feedback, ancilla qubits, and T gates. Only T gates cost.

Here's an intermediate result: it takes at least 5 T gates.

Is equivalent to this circuit with the overlapping Toffolis accompanied by various stabilizer operations: 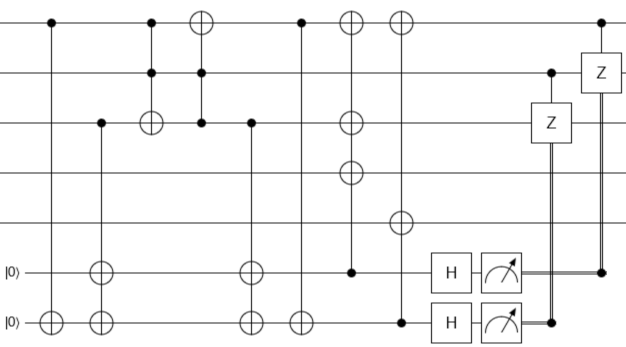 I proved this using Quirk by using one circuit to uncompute the other under the state channel duality.

Also I did the reverse direction. Both operations can be used to perform the other, when stabilizer operations are free.

The single-overlapping-control circuit can be used to produce the state $|CCZ_{123,145}\rangle$ which, according to "Lower bounds on the non-Clifford resources for quantum computations", requires at least 5 T gates to produce. Therefore the T count is at least 5, but could be as high as 8. 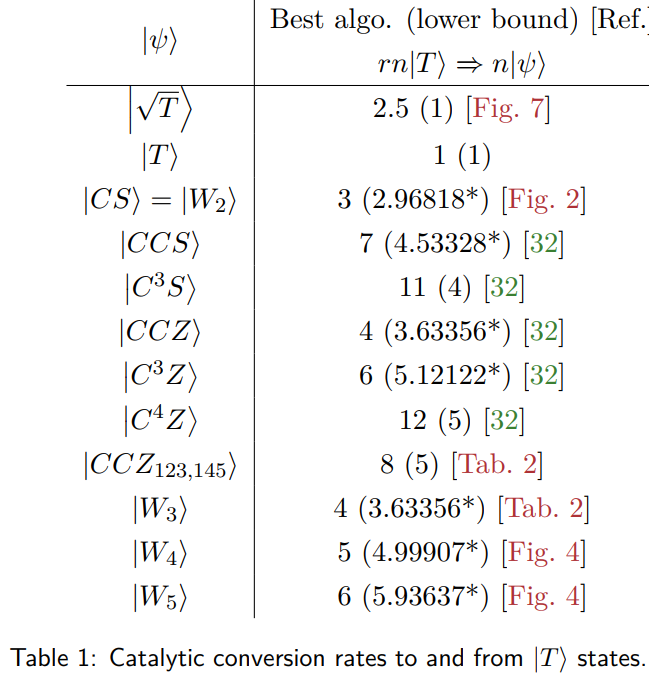 Not the answer you're looking for? Browse other questions tagged circuit-construction or ask your own question.

7
Status of software packages for quantum compiling
15
How many two-qubit gates are required to implement a general N-qubit unitary?
1
Variational Quantum Eigensolver (VQE) - Question about finding the imaginary part of measurement
6
Uncomputation in quantum implementation of a classical algorithm
4
Simpler implementation of the Toffoli gate on IBM Q for special circumstances
0
Is there a way to entangle to a dirty qubit?
3
Using principle of deferred measurement to replace gates conditional on classical bits (c_if)
3
How can a Sagnac interferometer be described by a quantum circuit?
4
Given a $|W_8\rangle$, perform a CCCZ using stabilizer operations