What are some standard ways to visualize non-unitary processes

In quantum computing, quantum circuits are a common model for visualizing unitary evolution. If I want to represent a unitary $U$ acting on a $2$-qubit state $|00\rangle$ followed by a measurement in the computational basis then I can draw the following picture: 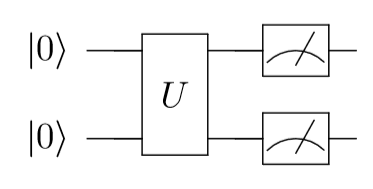 This representation is concise and unambiguous: $U$ is a unitary process, $|00\rangle$ and $U$ are both defined over $2$ qubits, both measurements are applied to single qubits in the computational basis, etc.

Now suppose I want to represent an arbitrary quantum channel $\mathcal{E}: \mathbb{C}^{4 \times 4} \rightarrow \mathbb{C}^{4\times 4}$ (completely positive, trace preserving). What are ways to visualize this (non-unitary) process $\mathcal{E}$ acting on an input $U|\psi\rangle$? I would appreciate suggestions that are used in publications or other main-stream references.

Possible approaches I have considered and their drawbacks: 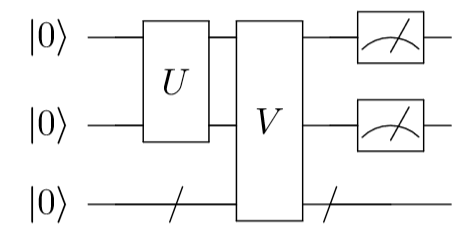 Browse other questions tagged resource-request quantum-circuit or ask your own question.

5
What are some of the interesting problems whose solutions have been proposed using quantum neural networks?
6
What exactly are "quantum rotors"?
2
What are Grassmann-Plucker relations?
5
What are some good resources for learning about photonic qubits?
2
What are some resources on qubits based on quantum dots?
1
What are standard/most popular data formats to represent quantum circuits including hardware specifications?
2
Is every single-qubit unitary just a rotation around some unit vector on the Bloch sphere?
1
How do successive operators act in the Heisenberg picture?
2
Optimal decompositions of some standard multi-qubit gates