What does measurement mean in quantum error correction(syndrome diagnosis)? 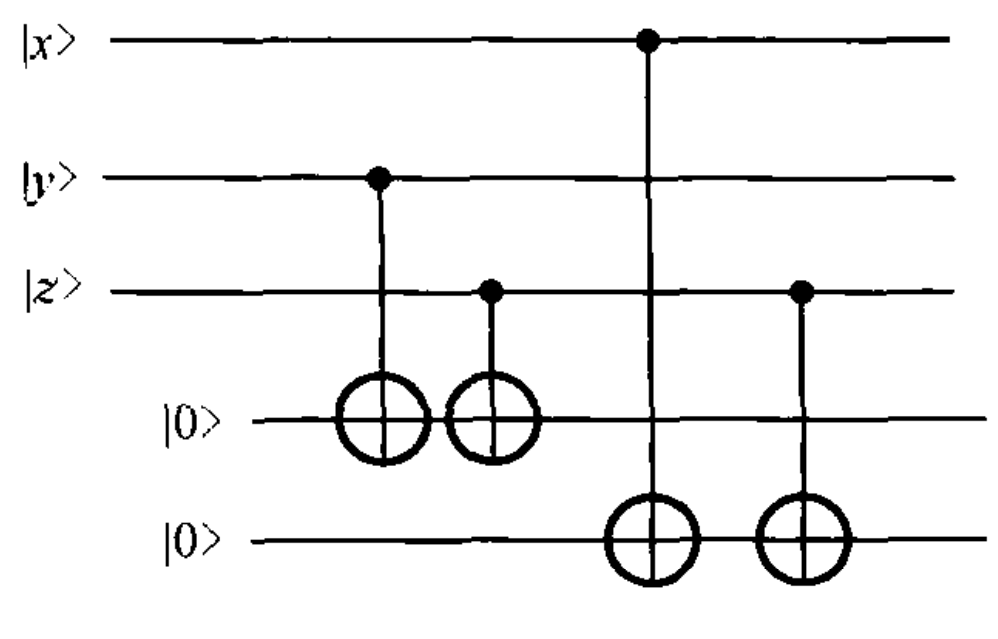 i.e., the way we would not disturb the original state. But it seems in the textbook, they didn't mention this kind of measurement. Did I understand right?
The reason I have this doubt is that I saw a picture in a paper:

where the $R$ in the picture stands for error recovery while there seems no measurement in $R$.

What you have is somewhat equivalent to the book in the following sense.

Your ancillae are here measuring the parity between your qubits. If you measure the ancillae in the computational basis you will find:

Performing the circuit you drawed, and measuring the ancillae qubit will project your system in the space associated to one of your projector depending on the outcome you find on those ancillae. Then you can apply the appropriate recovery to correct.

[edit] To answer some of the issues about the projector.

In Q.M postulate we do not "choose" a projector when we measure. A measurement can be defined by a collection of projectors $\{P_k\}$ verifying $\sum_k P_k = I$. If you measure (and read the outcome), the density matrix will be transformed as:

In practice all the projectors play a role in the measurement. Indeed, as you see, you must compute a probability of outcome for each of the projector. In your example, in your comment you would find $Tr(\rho P_2)=0$ for $\rho=|\psi_e \rangle \langle \psi_e |$ that you defined. Thus such projection has a probability $0$ to occur.

Not the answer you're looking for? Browse other questions tagged textbook-and-exercises error-correction nielsen-and-chuang or ask your own question.