I've been receiving "Circuit runtime is greater than the device repetition rate [8020]" errors when running a relatively simple circuit on ibmq_16_Melbourne, but have had no issues whatsoever when running the same on the Aer backend simulator. The circuit size is 11 and depth is 6. Would anyone have any idea why this might be happening? Thank you!

Clarification: I am attempting to implement Shor's algorithm using the circuit image below. I have heard mentioned that the three large controlled multiplication gates are not necessary, but I am admittedly not clear on this as my results are much different without them. Any advice is greatly appreciated. 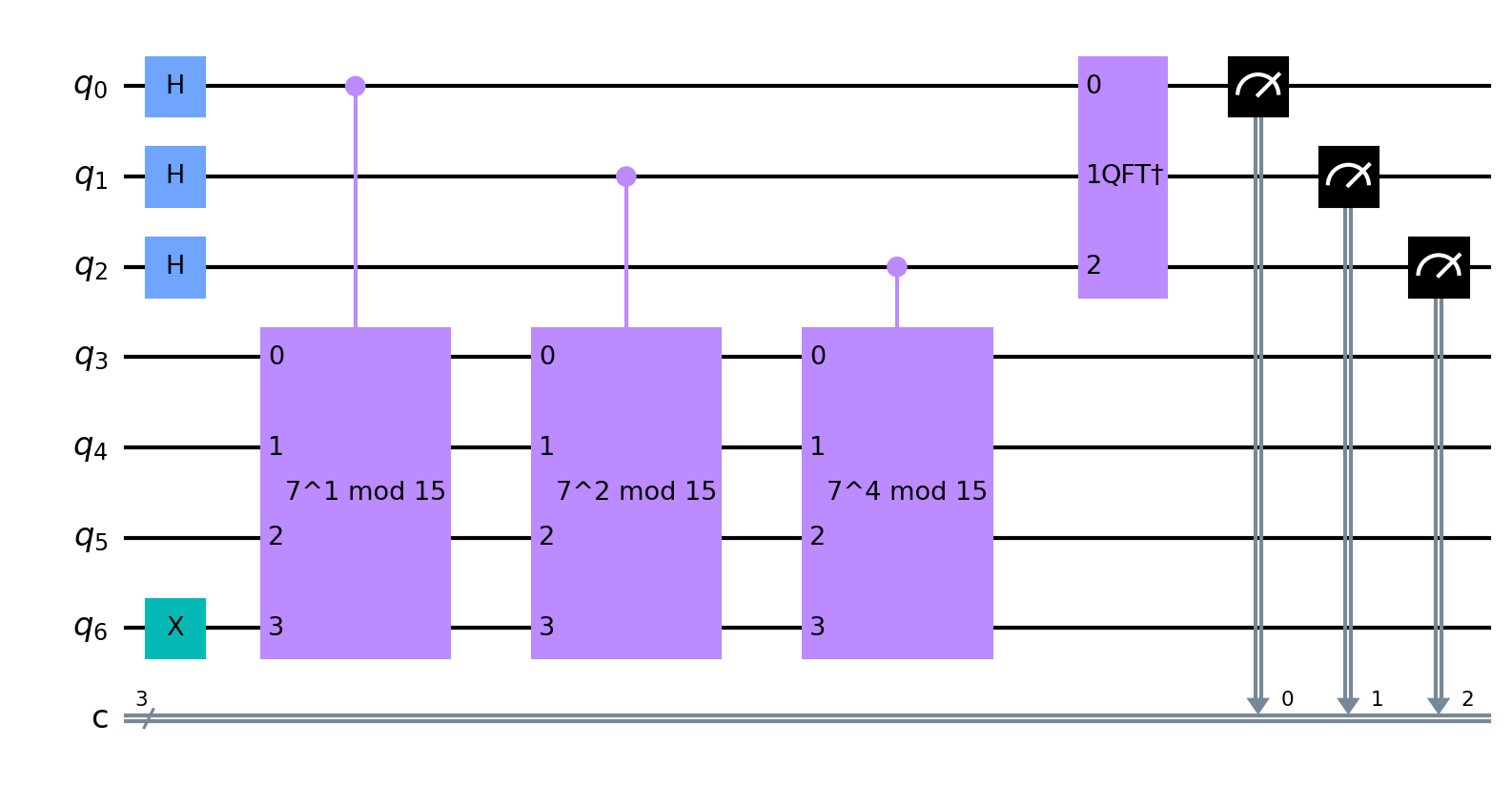 The error Circuit runtime is greater than the device repetition rate [8020] is associate with the fact that your circuit is too deep. The device can't handle that many quantum operations.

The depth of 6 might not seems a lot but it can when pretty large when you map it to the real hardware device. This is because not all the qubits are connected in a quantum processor. Hence a lot of overhead swapping needs to be done. 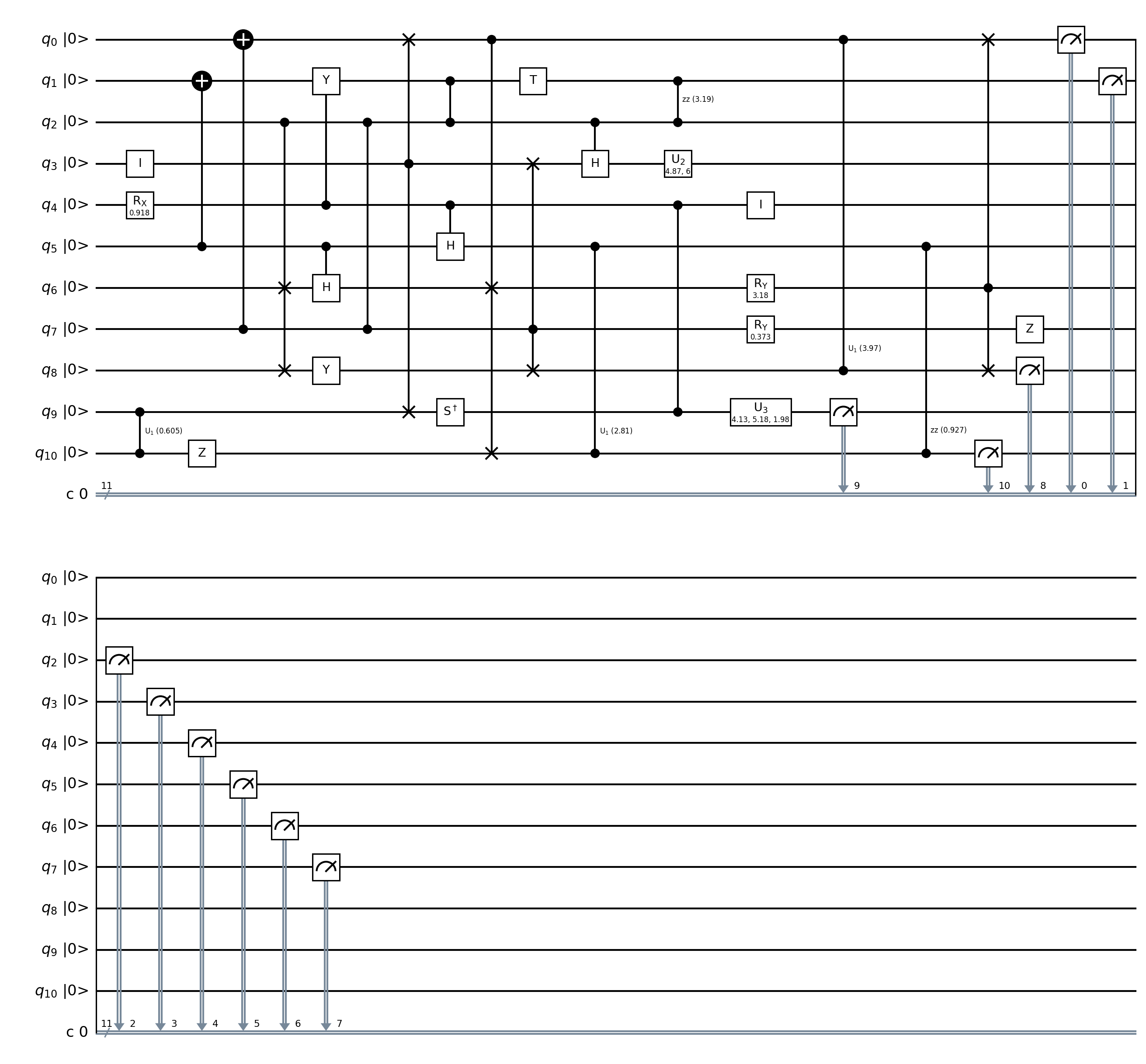 You can create this random circuit with some fixed depth through Qiskit as follows:


The above doesn't take into account the hardware connectivity issues. But if we are going to map this onto real hardware, like the ibmq_16_melbourne then it would get larger. In fact, it would translate to a circuit of depth of 108. Below is the transpiled circuit being mapped to ibmq_16_melbourne.

Here is the code for that transpilation process if you are interested:

Not the answer you're looking for? Browse other questions tagged programming qiskit circuit-construction ibm-q-experience quantum-circuit or ask your own question.

3
Why can't I connect to an IBMQ device?
5
What does the error rate on the IBMQ website mean？
1
Quantum gates execution times on IBM Q Melbourne
1
How to get the CNOT error rate between 2 qubits on a given IBMQ Backend?
4
IBMQ backends: How can I know the repetition rate and depth limits of real devices?
3
Can I access device specifications of IBMQ paying devices?
1
Q# Callable Not Accessible from Open Namespace
2
Conditional Statements on a Quantum Computer
0
Issue in running the qiskit tutorial for QSVM