I don't know if this is what you are looking for but I will try to write out what I see.

If you are thinking of a circuit like this: 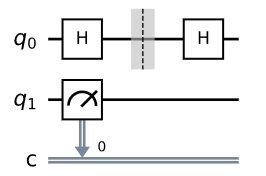 Then the gates on the first qubit, $q_0$, will not be affected the second qubit at all as they not interacting with one another. The entire system is in a separable state. So it doesn't really matter when you make the measurement on the second qubit, the result will be the same.

Now, if you actually run this on the quantum computer then I don't think the measurement is actually being executed until after the second Hadamard gate on the first qubit has been executed. You can check the pulse schedule for the circuit above: 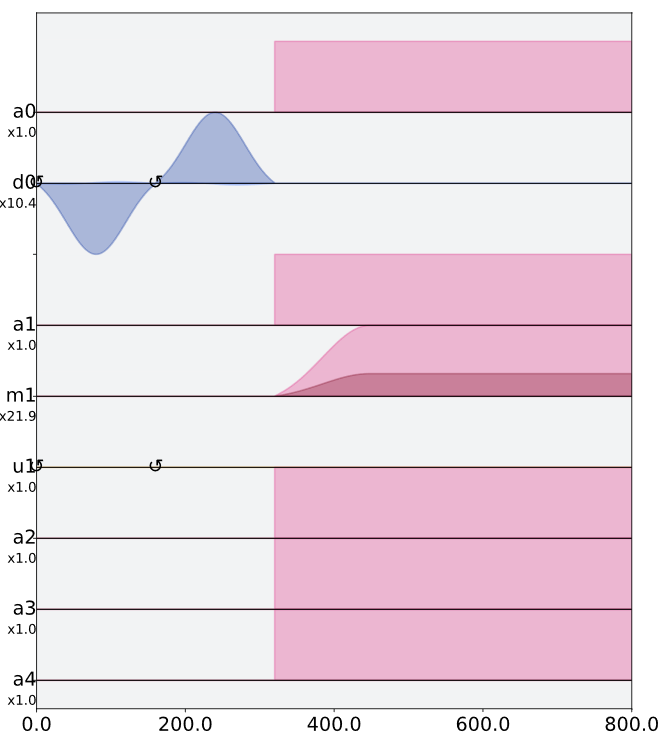 Now, if you looking at a circuit that have entangled gate between the two qubits,

Not the answer you're looking for? Browse other questions tagged quantum-gate programming qiskit measurement ibm or ask your own question.

14
Do multi-qubit measurements make a difference in quantum circuits?
5
IBM Q devices' hardware/resource constraints
4
IBM Q devices scheduling of gates with different durations
6
Why does a controlled gate not constitute a measurement?
7
Why does Google's quantum processor outperform IBM's?
2
Readout error in IBM quantum experience processor
2
Is this a Bell test?
1
Partial Measurement of Quantum Circuit in Qiskit
1
Operation conditioned on measurement result