How does feedback work in simple Grovers algorithm where $n=4$?

In this example implementation of Grovers Algorithm from the Qiskit Textbook which solves a $2\times 2$ sudoku puzzle:

I'm not sure if I've misinterpreted how entanglement works here, or how the CX gates work. 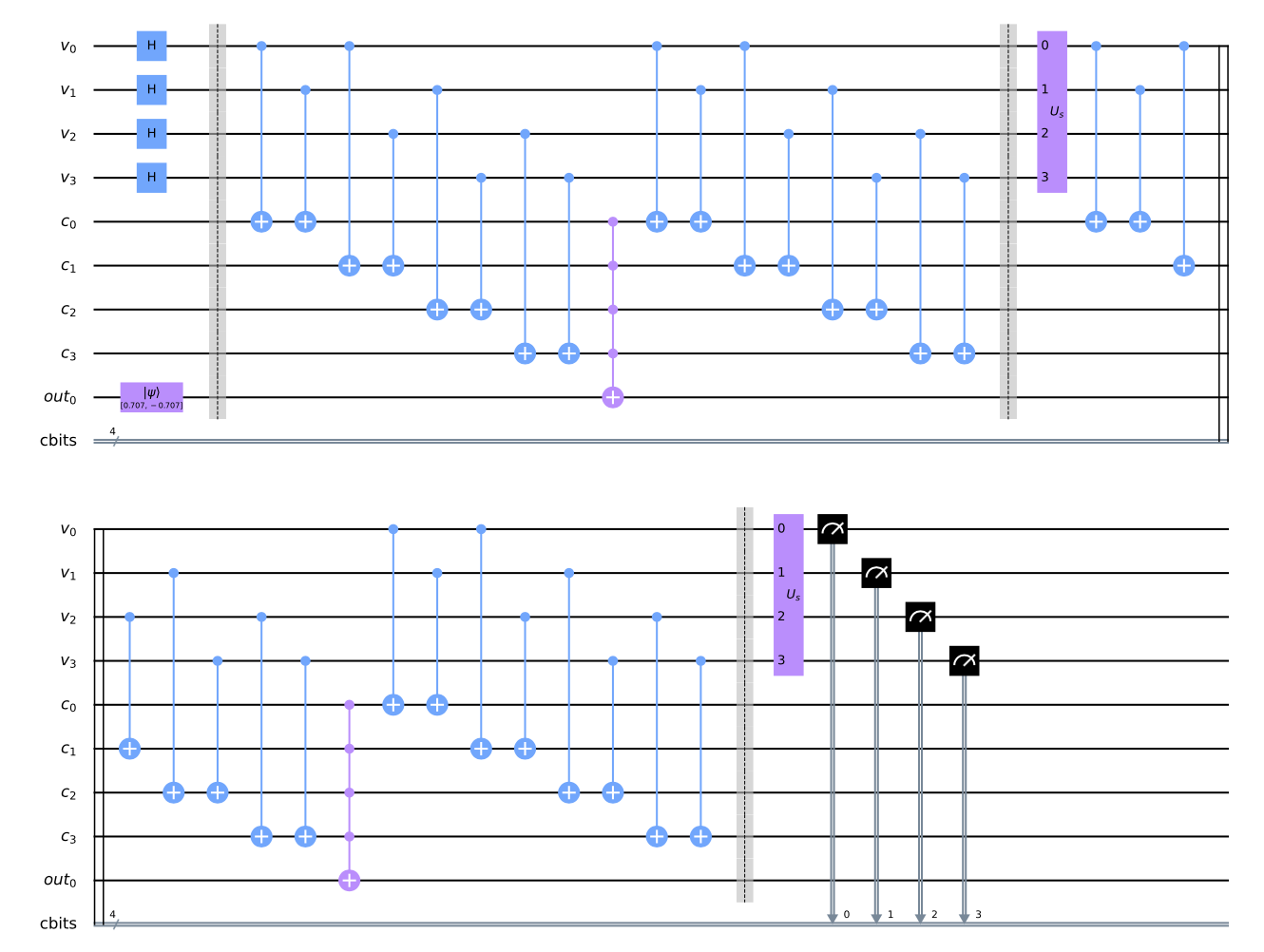 The quantum register c can be regarded as ancilla. For the first part of each iteration(before the CCCC-NOT), each two cx compares if the state of the two qubits is identical, if not, one ancilla will be converted to the state $|1\rangle$. The CCCC-NOT checks whether the four ancillae are all $|1\rangle$, if so, a phase-flip operation is implemented.

The second part of each iteration(between CCCC-NOT and the diffusion unitary) converts the ancillae into its original state($|0000\rangle$, for reversibility). The action of diffusion unitary should be familiar to you.

Not the answer you're looking for? Browse other questions tagged algorithm circuit-construction grovers-algorithm textbook-and-exercises or ask your own question.

5
How does an oracle function in Grover's algorithm actually work?
2
How does ControlledOnInt in Q# make it Grovers Oracle?
5
What to do when the amount of solutions is not known before applying Grovers Algorithm?
3
How exactly does Grovers algorithm "crack" symmetric key encryption?
2
Is Grovers Algorithm Oracle creation a hardware level aspect?
1
Do states get entangled in Grover’s algorithm?