How to implement quantum gate from matrix in Q#

Is it possible to implement a quantum gate from a matrix in Q#, the equivalent of unitary function in Qiskit ? My final goal is to implement cirq CZPowGate in Q#.

There's a feature request for a Q# operation to apply an arbitrary unitary operation given its representation as a matrix; if you're interested, please go on and leave a comment on that request!

In the meantime, though, it's actually really straightforward to implement the same unitary operation as cirq.CZPowGate in Q#.

This uses the R1 operation provided with the Microsoft.Quantum.Intrinsic namespace together with the Controlled keyword to apply the same rotation as cirq.CZPowGate.

Using the same pattern here works since R1 is a controllable operation. We can check that we get what we expect by using the Microsoft.Quantum.Diagnostics.DumpOperation operation to check the unitary representation of our new ApplyCZPow operation (run online without installing): 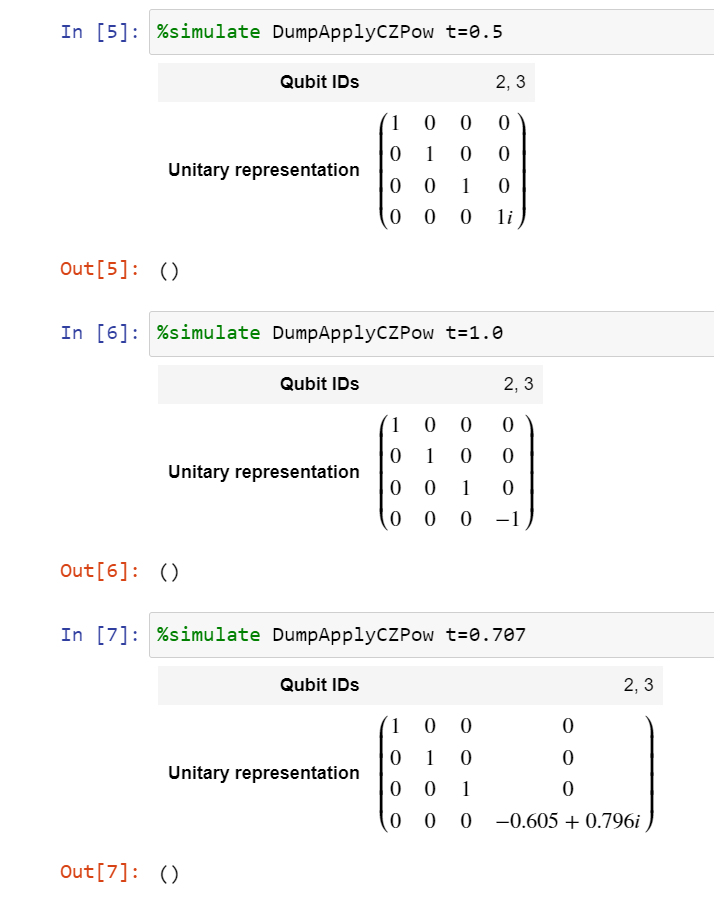 Not the answer you're looking for? Browse other questions tagged programming q# matrix-representation or ask your own question.

6
Is quantum computer equivalent to Turing machine with matrix multiplication oracle?
7
How to represent an $n$-qubit circuit in matrix form?
3
Implement U2 and U3 gate in Q#
1
Can I run Cirq on IBMQ?
0
What is the effect of the reset gate on the matrix form of a gate/circuit?
3
$S^{\dagger}$ gate in Q#
2
How do quantum computers implement a random unitary gate?
1
Get a sparse matrix of quantum circuit
2
Design a circuit implementing the unitary matrix