In my previous question I asked who invented a quantum computer using qubits.

As a follow-up to this question I want to ask who built the first quantum computer using at least two qubits.

During my research I have discovered that in 1998, Jonathan A. Jones and Michele Mosca developed a quantum computer using two qubits specifically to solve Deutsch's problem. Have there been other working quantum computers before to solve other problems or general attempts not specifically bound to one problem?

What is a qubit? And what is a quantum computer? Any claim about about which is first will depend on our definitions.

One suggestion might be the 1981 experiment by Aspect, Grangier and Roger to demonstrate a violation of Bell’s inequality.

My arguments for this are:

So though the authors would have had no concept of their setup being a two qubit quantum computer at the time, I’d say that it was.

For some other early two qubit systems, see references 7, 8 and 9 in this paper (which has arguably the first 3 qubit system).

Of course previous experiments showed components that could be used in a quantum computer.

However, it is quite reasonable to demand that a quantum computer is able to perform arbitrary arithmetics, whether programmable or by minor adjustments to the setup. By this definition we don't have a quantum computer, yet. This is related to the DiVincenzo Criteria for Quantum Computers.

An honorable mention might go to Bennett, Brassard, Ekert, Smolin, and friends' prototype tabletop machine for implementing the BB84 protocol, built in the late '80s and described in Scientific American in 1992.

In his article on the history of quantum cryptography, Brassard states:

Essentially without any special budget allocated to the project, we were able, in late October 1989, to establish history’s first secret quantum transmission, over a staggering distance of 32.5 centimetres...!

This used a plurality of qubits, way more than two as in the question, but all in a product state. It's more akin to a quantum computer in the same way that the Enigma machine is akin to a (Turing-complete) classical computer.

Nonetheless Brassard comments that the act of building the prototype did cause physicists to start paying attention to quantum cryptography, and I would offer by extension, to quantum computing. 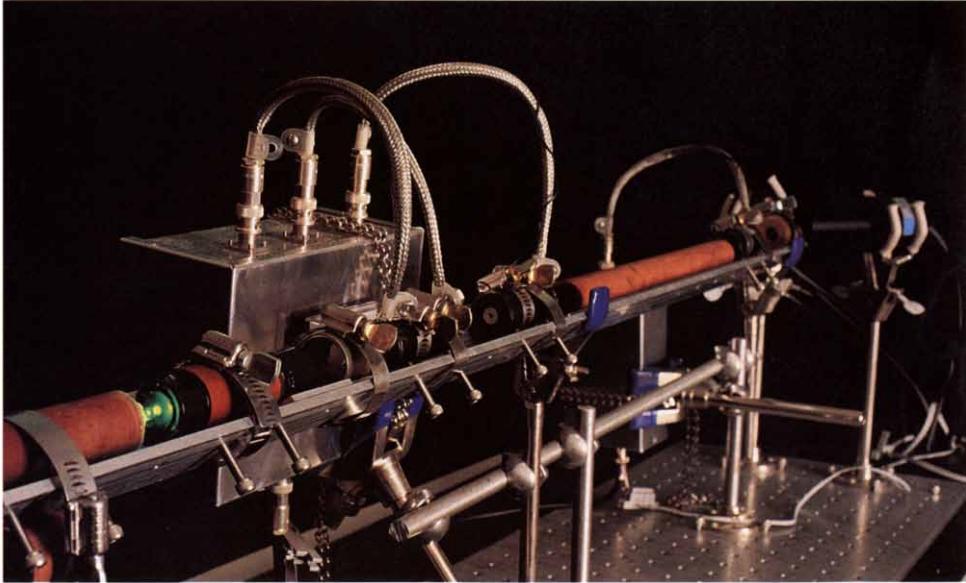 I remember seeing it in my copy of Scientific American when it was published in '92. About two years after the SciAm article, Shor announced his factoring algorithm. (Shor has suggested that he was aware of BB84, and presumably of this machine in particular, prior to the development of the factoring algorithm.) All of this was before the word "qubit" was even coined.

Such a lovely piece of history. I wonder whether any pieces of the prototype still exists.

Not the answer you're looking for? Browse other questions tagged physical-realization models experiment history or ask your own question.

26
Who first proposed the idea of quantum computing using qubits?