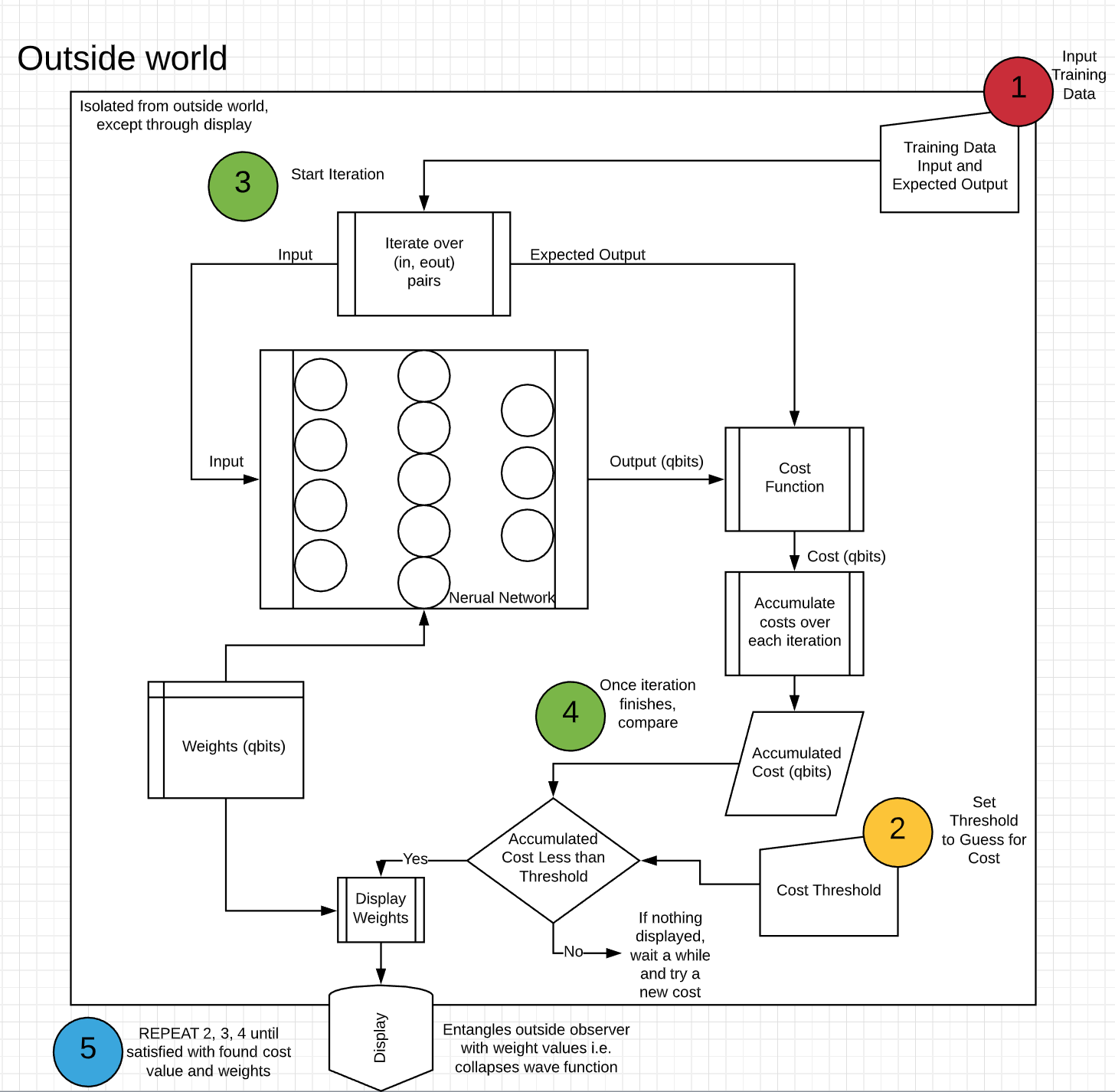 My idea is that by setting up the system in this way, you could reduce the problem of finding weights to a linear guess and see process (gradually increment the cost threshold one unit at a time until the machine stops displaying an output, at that point you should have found the optimal configuration of weights according to your cost function). Would this work in practice, and are there any glaring flaws with my design or understanding of quantum mechanics?

A few things I would consider:

Now, all that said, the good news is that many quantum neural network architectures already exist that can be used to draw inspiration. Here are a few examples:

These are just a handful of neural network designs (they all have arXiv papers that are free to access, which I should have linked to, but I pulled these from a working bibliography). They should provide a general idea of the types of QNNs that are currently being developed and implemented. Hope this helps!

On paper I think this a cool idea. Though the terms you are using like cost threshold, cost function, and weights will all have to be transformed. Classically this a well thought out idea and then to ask "If done on classical can I just tweak a few things and make them quantum?" is an awesome idea. The terms you used must be extended to the quantum system you are using. Lets say your neural network outputs unique binary strings which represent each of the qubits state. Ok, from here now we must figure out which sort of quantum algorithm to use on our qubits to find a 'quantum' cost, then we keep this information and for every box that takes in qubits you must find a quantum algorithm to emulate the problem solving done classically. Luckily, quantum optimization is a blossoming field and there have been very cool papers recently, I suggest a google on search on quantum optimization and quantum machine learning. One last thought: will this system be more efficient than the classical system and produce better results?

Word of advice that was once passed on to me on the subject of quantum computing: The quantum computer breaks all intuition that classical computers have given us, it is best to leave this classical intuition at the door and observe these quantum algorithms like a baby.

Not the answer you're looking for? Browse other questions tagged algorithm quantum-state machine-learning or ask your own question.