Transferring GHZ state onto some qubits

This question is just my effort that I made by understanding the previous answers to my questions . I have a GHZ state $|000\rangle+|111\rangle$ (please ignore the normalizing constant). For teleportaion of these three qubits (GHZ state) I make use of a 8 qubit cluster channel. I do this in the following way 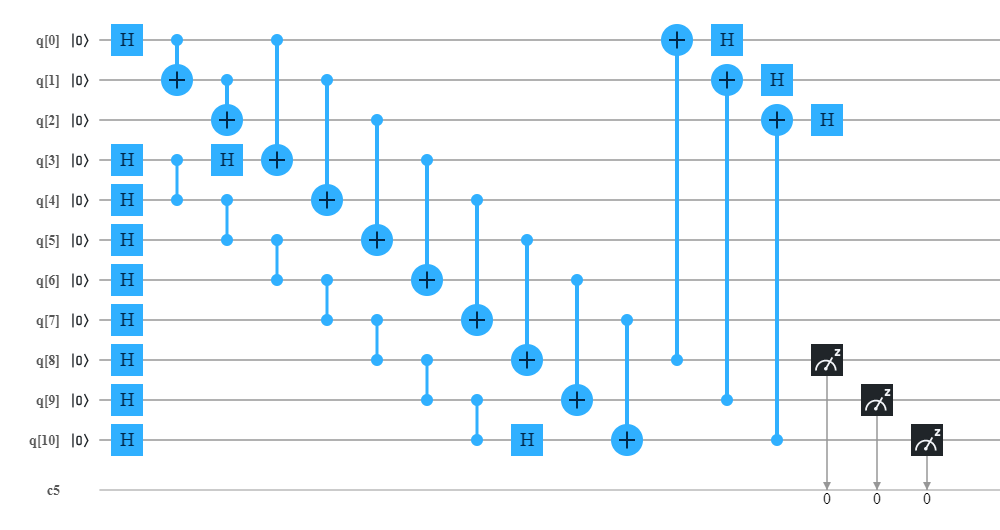 Can this be the extension of the case when we teleport a Bell state (two-qubit) using 4 qubits cluster state?

Can somebody just check on this circuit? What should be the outcome? Can anybody suggest a possible reference to read?

Not the answer you're looking for? Browse other questions tagged teleportation tomography graph-states or ask your own question.