Isn't it more scalable to build multiple processors of a lower qubit and connect them in parallel instead of building one processor of a higher qubit?

The goal was to build a 400-qubit quantum computer made up of 20 smaller processors, each with 20 qubits.

Unfortunately they failed in that aim, as most people would have predicted, because it was an unrealistic goal at the time.

Your suggestion of combining two processors instead of 20 processors, is a much better one.

This can indeed be done right now. For example, why not put two of Google's Sycamore chips next to each other and connect the two with some wires: 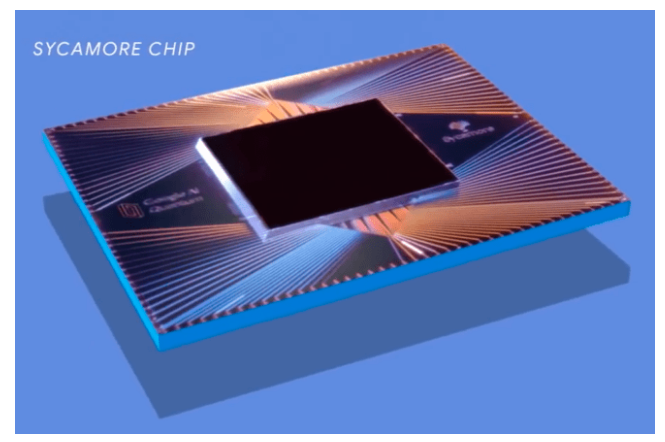 This can be done, but I am not surprised that it hasn't been done yet, because even the first chip was only recently developed, and they were spending all their efforts on designing and optimizing the first chip, before even considering putting two of them together.

The next question is whether or not putting two chips together would even be the best thing to do right now. Putting two chips together seems like a smart thing to do once you've somewhat exhaustively optimized the performance/abilities of a single chip, and the only way to gain any further performance benefit would be to add a second chip and connect the two by some inter-chip connection which is by its very nature, not as efficient as intra-chip connections.

In the above chip, the grey qubits are connected by the blue connections in the picture below: 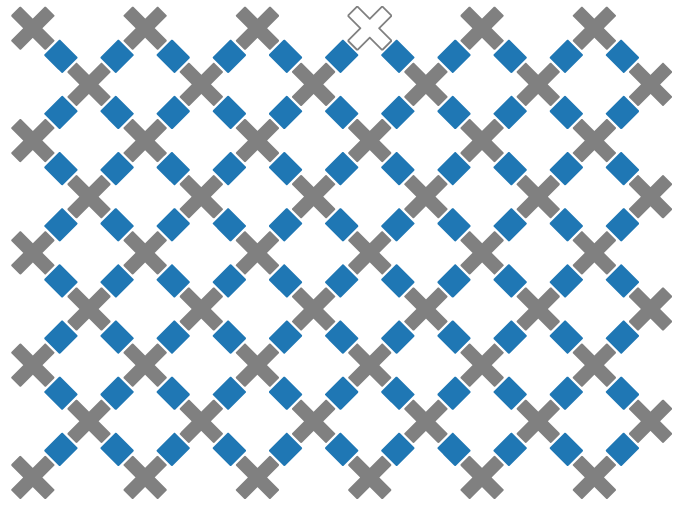 What it boils down to is this: Do you want to rush and make a dual-processor with 50 qubits each by 2023 (total: 100), or do you want to first try to make a 100-qubit single chip by 2022, then connect two of them together by 2024 (total: 200)? The years I am giving here will certainly not be exact, but I am just trying to illustrate a point. Furthermore, most people in the field will say that neither of these choices are preferred, since what they really want is for the 50 qubits in a single chip (and the 2-qubit gates between them) to be more robust.

How do you connect your two processors and with high fidelity let them communicate?

As I'm sure you can imagine, it's probably fairly easy to do over classical channels, however to pass quantum information between them turns out to be very hard. Especially in the type of hardware being employed by Google and IBM.

Probably the highest fidelity "flying" qubit is a photon of light. But they face several challenges:

Not the answer you're looking for? Browse other questions tagged physical-realization architecture scalability or ask your own question.

19
Why do optical quantum computers not have to be kept near absolute zero while superconducting quantum computers do?
11
What is the leading edge technology for creating a quantum computer with the fewest errors?
15
How should different quantum computing devices be compared?
4
Processing density capabilities in a quantum processor
10
Can one interrogate black boxes for quantum coherence?
13
Are there any estimates on how complexity of quantum engineering scales with size?
4
Location of “bad” qubits on Sycamore
6
Physical implementation of gates on IBM Q
2
Is it possible to build a quantum processor with connections among all qubits?