Yes, generally it is possible by using a three qubits Toffoli gate (or series of Toffoli gates) to evaluate whether all controling qubits are in state $|1\rangle$. If this is a case then $C-U$ gate is applied.

Here is an example of $CC-H$ (i.e. controlled-controlled Hadamard gate): 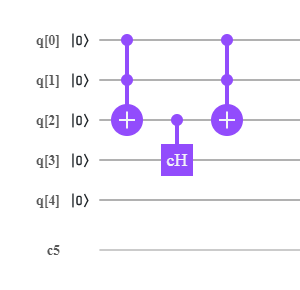 If qubits $q_0$ and $q_1$ are in state $|1\rangle$, a first Toffoli gate return $|1\rangle$ to qubit $q_2$ and $C-H$ gate acts on qubit $q_3$. Eventually, you have Hadamard gate controlled by two qubits. Qubit $q_2$ is so-called ancila qubit and in the end it has to be in state $|0\rangle$ (so-called uncomputation). This is done by another Toffoli gate because Toffoli is inverse to itself.

If you want to implement general $C \dots C-U$ gate you can do it followingly: 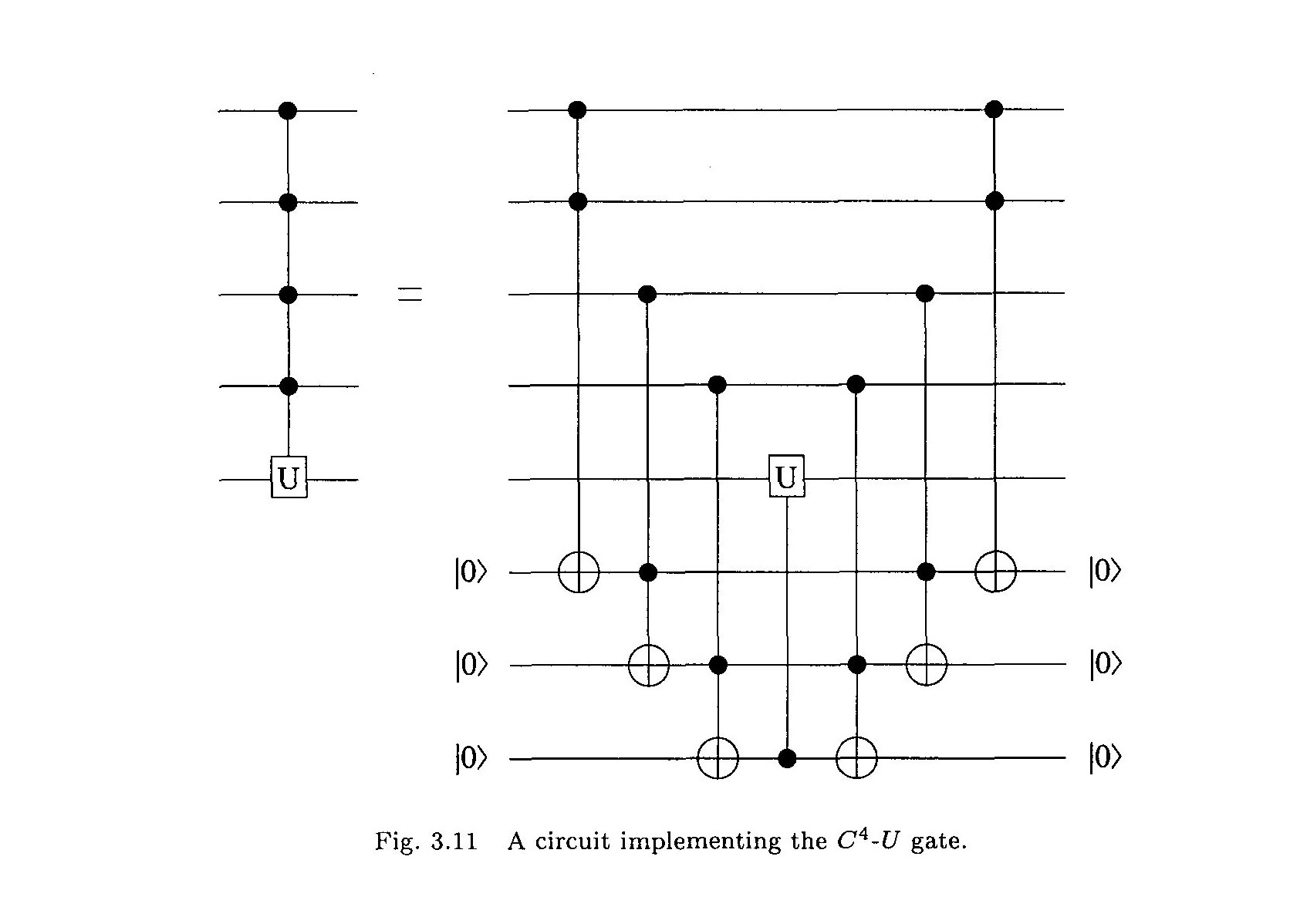 Please note that in some cases you can construct a simpler circuit (i.e with less quantum gates and those being only two qubits). But generally the above mentioned approach works always.

Not the answer you're looking for? Browse other questions tagged quantum-gate circuit-construction gate-synthesis or ask your own question.

6
XOR gate for n control qubits in qiskit
2
How to implement the exponential of an outer product?