It is well known that circuit

can be replaced with this circuit

and the gate controlled by qubit "below" has this matrix

My question are these:

Given the symmetry of controlled-phase, all you have to do is switch which qubits the single-qubit unitaries are applied to. 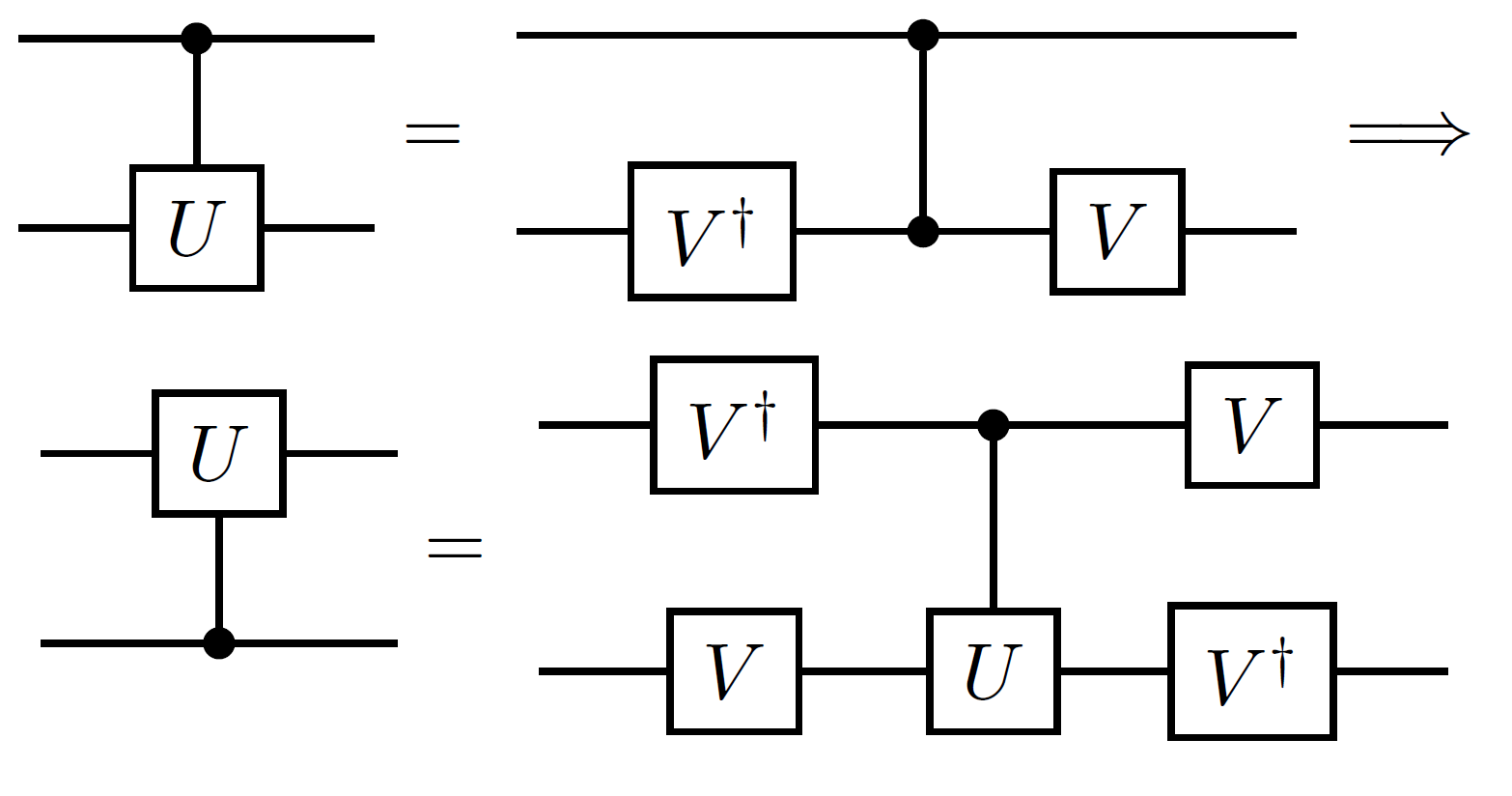 About the case of more general $U$, I've never thought about it... My first instinct is that given any controlled-$U$ can be decomposed in terms of two controlled-nots and three single-qubit gates, and it seems most likely that it would take that to reverse the action, you'd be better off just directly implementing controlled-$U$ with the switched control/target assignment, and ignoring the fact that you already have controlled-$U$ in the other direction!

Not the answer you're looking for? Browse other questions tagged quantum-gate circuit-construction or ask your own question.

5
Can any "control-something unitary" be written with control and target spaces flipped?

3
Defining standard qubit gates for qutrits
7
How to transform e.g., a 4 by 4 unitary matrix into a quantum circuit
5
How to implement a Fredkin gate using Toffoli and CNOTs?
7
Decomposing a $(w+1)$-qubit permutation gate into $w$-qubit permutation gates, SWAPs and NOTs
1
How do I interpret the CNOT gate control-target structure after a basis-change?
1
Any two level flip in $n$ qubit system
5
Can any "control-something unitary" be written with control and target spaces flipped?
2
Qiskit CNOT-gate matrix mixup?
3
Is the square-root-of-SWAP for a pair of 4-dimensional qudits isomorphic to two square-root-of-SWAPS for two pairs of qubits?
3
What justifies using tensor product of matrices for parallel gates when applying them to an entangled state?